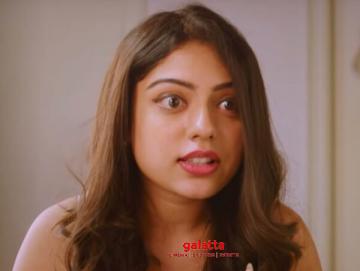 Varsha Bollamma who became famous with her Dubsmash videos made her acting debut in the Tamil film Sathuran back in 2015. The talented actress went on to star in movies like Yaanum Theeyavan, Kalyanam, and Seemathurai. Varsha Bollamma had her much needed break with the blockbuster film 96 and bagged the opportunity to star alongside Thalapathy Vijay in the recently released sports drama film Bigil. And now, the uprising star is set to make her Telugu debut with the film titled Choosi Choodangaane.

Choosi Choodangaane is a romantic comedy film directed by Sesha Sindhu Rao and produced by Raj Kandukuri under the banner Dharmapatha Creations. The film also marks the debut of Shiva Kandukuri who is the son of famous producer Raj Kandukuri. Raj Kandukuri has earlier produced successful films like Pelli Choopulu and Mental Madilo. Actress Malavika Satheesan will also be seen in an important role. Choosi Choodangaane has music composed by Gopi Sundar, while cinematography and editing are handled by Vedaraman and RavitejaGirijala respectively.  The film is scheduled to release in December and the project is in the final stages of post-production.

And now, the team has now released a new song titled Venakane Unna from the film. The romantic number composed by Gopi Sundar has vocals by Chinmayi Sripada with the lyrics penned by Ananth Sriram. Check out the new song below,