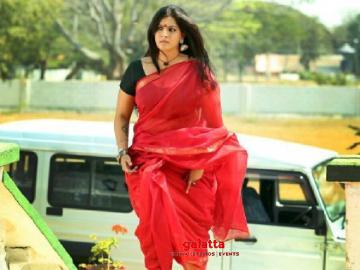 Powerhouse performer Varalaxmi Sarathkumar has proven her acting skills in Tamil and is now all set to take the world of Telugu Cinema by storm, with her performances! Her maiden Tollywood venture - Tenali Ramakrishna BA BL, is all set to hit the screens on November 15th, in a couple of days! This movie, which will see Varu as the antagonist, has Sundeep Kishan and Hansika in the lead and is directed by G Nageshwara Reddy. The trailer of this movie was released a couple of days back and has been getting very good reviews. Recently, Varu tweeted about the movie and asked her followers to catch it in the theatres.

Responding to this tweet, Sundeep Kishan jokingly pulled Varu's legs asking how she manages to look like a menacing don whenever and however people look at her! Replying to Sundeep's tweet, Varu laughed and added, "shuttttt up rascalllll..!!!" This fun banter has been catching the attention of a lot of Twitterati. Tenali Ramakrishna BA BL is touted to be an out and out comedy entertainer, which will see Sundeep Kishan as a struggling lawyer taking on the mighty female don Varu.

Meanwhile, Varu has a number of other movies in hand. She has the Kannada movie Ranam and four other Tamil movies in various stages of production. Her Tamil movies include Kaatteri, Pamban, Chasing and Danny. Recently, it came to light that Varu had been signed up as the second female lead in the upcoming big budget Telugu movie #RT66. With Ravi Teja in the lead and Shruti Haasan as the female lead, Gopichand Malineni is to direct this movie. We wish Varu, Sundeep, Hansika and the entire team of Tenali Ramakrishna BA BL, all the very best for their movie's success!

People looking for online information on V.K.Sundar,,Hansika,Eesha will find this news story useful.