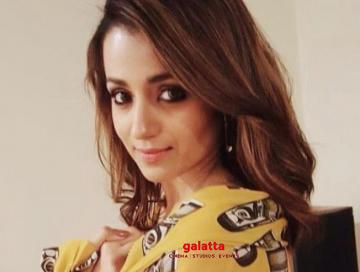 Actress Trisha's next biggie after 96 will be Raangi, directed by Saravanan of Engeyum Eppodhum fame, under the production of Lyca. This film, which has story penned by director A.R.Murugadoss, has music by C Sathya, cinematography by KA Shakthivel and editing by Subarak. The latest update is that the film's shooting has been wrapped at Uzbekistan. Yes, the makers were camped for quite sometime in Uzbekistan for the film's last schedule and now we hear that it has been wrapped. 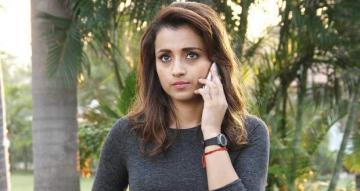 The team might shoot a few patch scenes if needed in the coming days. For now, the production is wrapped and Raangi will enter the post production phase going forward. Trisha will be seen as the Chief Executive Officer of an online media portal. Touted to be an emotional action drama, Raangi also features Thanneermathan Dhinangal fame Anaswara Rajan in an important role.

Trisha will be seen as Chiranjeevi's love interest in Chiru 152, directed by Koratala Siva. Apart from these films, Trisha also has Paramapadham Vilayattu and Garjanai which are gearing up for its theatrical release.