Breaking: Change in Soorarai Pottru release plans - to clash with this super biggie?

Suriya's Soorarai Pottru, which is directed by Sudha Kongara, was recently completed and the makers also had a small party marking the special occasion. The film features Aparna Balamurali as the female lead and Paresh Rawal as the antagonist. Soorarai Pottru was expected to hit the screens this December end, but it looks like there will be a change in the release plans. We are informed by our close sources that the makers are looking for a possibly comfortable date in the Pongal weekend in 2020. 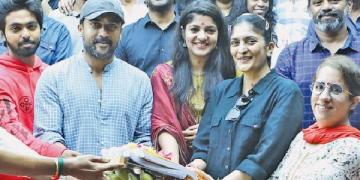 It can be noted that Superstar Rajinikanth's Darbar, directed by A.R.Murugadoss is also scheduled to release for the same weekend. If things go as per plan, Soorarai Pottru will have a solo release in the Pongal weekend depending on the release date of Darbar. This is surely an exciting news for the fans and movie buffs. With music by G.V.Prakash Kumar, Soorarai Pottru is produced by Suriya's 2D Entertainment. An official word on this is awaited. Similarly, Darbar is also in the post production stages and the makers are keen on delivering a completely packaged entertainer.