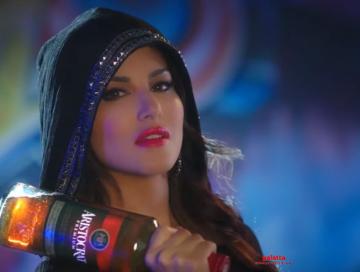 One of the few Indian names recognized globally, actress Sunny Leone has transitioned from being a former adult film star to a highly-sought after performer, especially by those in Bollywood and among independent music superstars to be featured alongside them in their songs. Having been seen in the smash hit ‘Lovely Accident’ video song earlier this year sung by Taposh and Harjot Kaur, Sunny Leone is now appearing in the ‘Yeh Waqt Mera Hai’ song sung and written by Rabbit Sack C (RSC), and is composed and produced by Naresh Kamath. Presented by Thumbnail Pictures and directed by Sudip Bandyopadhyay with Samira Bandyopadhyay serving as the producer and Mudassar Khan as the director of choreography, the ‘Yeh Waqt Mera Hai’ song is now out on YouTube.

Sunny Leone’s last full-fledged role was in her own auto-biopic web series, Karenjit Kaur - The Untitled Story of Sunny Leone, released last year in which she showed great promise with her acting skills and went on to reap praises for her performance. Sunny Leone will soon be seen making her full-length Tamil debut role in the period war film, Veeramadevi, and is at present also starring in the film, Rangeela, which also will be her debut in Malayalam cinema.

Check out the ‘Yeh Waqt Mera Hai’ song below: