We had already reported that popular YouTuber Rajmohan of Put Chutney fame will be making his silver screen debut as a director. We had also told that the film will be produced by T Muruganantham’s Rockfort Entertainment, in association with Blacksheep YouTube channel. The project has now been officially launched with a formal pooja and the launch event was graced by the likes of Sivakarthikeyan and Rio Raj. SK is a dear well-wisher for the Blacksheep team and he had in fact produced their debut film, Nenjamundu Nermaiyundu Odu Raja.

Sivakarthikeyan wished the best for the entire team. This untitled new film will star MicSet fame Sriram, ‘Ammu’ Abhirami (Ratsasan and Asuran fame), BlackSheep fame Ayaz in the lead roles. Other notable YouTube stars will also be a part of the film's cast. With a young and talented team onboard, we can expect them to deliver an interesting and refreshingly made film. 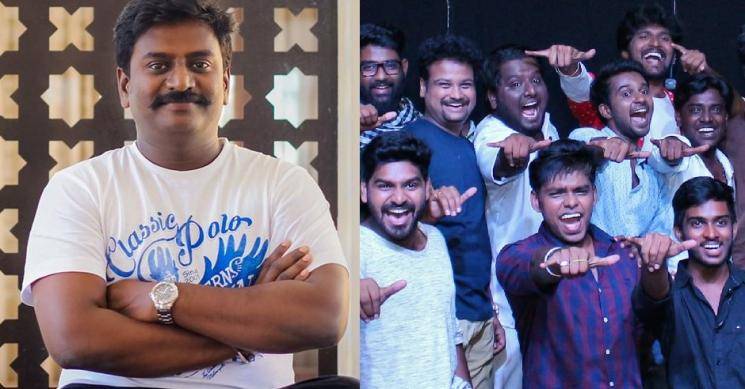 Touted to have a premise set in the backdrop of a school, this film has cinematography by Vanchinathan Murugesan, who recently shot HipHop Tamizha Adhi’s Naan Sirithaal. The film will have music scored by Santhosh Dhayanidhi, who has already worked in films like Inimey Ippadithan, Kattapaava Kaanom, etc. Check out the official announcement below:

Raashi Khanna's Back To Back Videos Songs From Prati Roju Pandage Released!