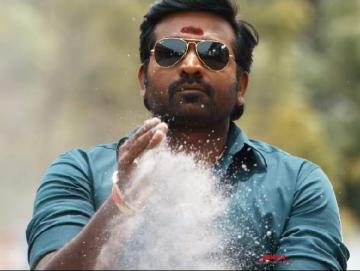 It is commonly known that Makkal Selvan Vijay Sethupathi's next movie is the much awaited rural action entertainer Sanga Thamizhan, which is being directed by Vijay Chandar of Vaalu and Sketch fame. This movie, bankrolled by Bharathi Reddy for the Vijaya Productions banner, also stars Nivetha Pethuraj and Raashi Khanna as the female leads. Originally, this movie was scheduled to hit the screens for this Deepavali, alongside Thalapathy Vijay's Bigil and Karthi's Kaithi. However, it was later announced that Sanga Thamizhan was pulling out of the Deepavali race and would be released on a later date. As promised, we now have the new release date...

It has been announced by the distribution house - Libra Productions, that Sanga Thamizhan would now be hitting the screens on November 15th. This seems to be a very smart move, as almost all the theatres are already booked out for Thalapathy Vijay's Bigil and Karthi's Kaithi, which has been directed by Lokesh Kanagaraj. Both the movies have been creating quite a buzz and are sure to be highly anticipated by their fans. Bigil will see Vijay in dual roles with Nayanthara playing the lead and an ensemble star-cast, while Kaithi is touted to be a highly intense movie with no heroines or songs. There are high expectations on director Lokesh Kanagaraj, especially after his blockbuster Maanagaram and with his next movie being with Thalapathy Vijay.

Meanwhile, Sanga Thamizhan's cast includes top actors like Ananya, Soori, Nassar, Ashutosh Rana, Mime Gopi, Sriman, Kalloori Vinoth and Kayal Devaraj, among others. This movie will mark the first ever time that Vijay Sethupathi is playing dual roles as a lead. The duo of Vivek-Mervin is taking care of the music department while Velraj is cranking the camera and Praveen KL is handling the editing. The trailer and the 'Kamala' song from Sanga Thamizhan have already been well received by the audiences. Let's wait for the movie... 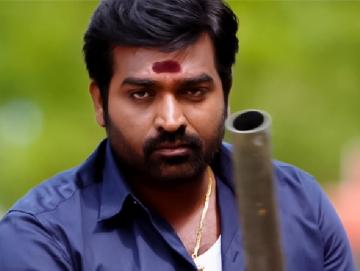