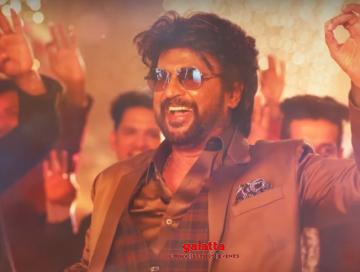 A project that set fans of ‘Superstar’ Rajinikanth talking the moment it was officially announced, Thalaivar 168, will be directed by Viswasam fame Siva. Touted to be a rural family entertainer, the upcoming film being planned to kick-off from December 18 will be the third occasion reputed production and distribution banner, Sun Pictures, are bankrolling a Rajinikanth venture after the previous blockbusters, Enthiran, in 2010 ad Petta, released earlier this year. With pre-production works on the film said to be in full swing, sources close to us have now revealed that popular stunt choreographer, Dhilip Subbarayan, has been given the responsibility to shoulder the action sequences in Thalaivar 168. This will be the second time he is coming on board a Rajini film after last year’s, Kaala. Dhilip Subbarayan has established himself as a credible action choreographer after working in notable films like Theri, Vikram Vedha, Theeran Adhigaaram Ondru, Chekka Chivantha Vaanam, Vada Chennai, Viswasam, Nerkonda Paarvai, Kaappaan, Namma Veettu Pillai and Asuran to name a few.

There have been plenty of announcements about Thalaivar 168 over the past few days with composer D. Imman set to be scoring the music while comedian Soori is also part of the cast with the remaining stars expected to be revealed officially in the days ahead. Furthermore, we had informed that editor Ruben has come on board the film, which will be the first time he will be working in a ‘Superstar’ film. In addition, there are reports stating actress Khushbu Sundar is the front-runner to play the heroine in Thalaivar 168 with discussions said to be in the final stages. If Khushbu indeed goes on to be announced, it will be a reunion for her opposite Rajinikanth after 27 years after their Pandiyan in 1992.