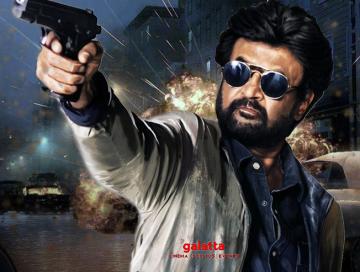 Superstar Rajinikanth's Darbar, directed by A.R.Murugadoss and produced by Lyca, is right now in the post production stages. The film is targetting a Pongal 2020 release. However, the fans were quite puzzled on the film's exact release date. It was believed that the film could release either on January 9th or January 10th, depending upon the distributors' request. We decided to check with our sources who told us that this Rajinikanth starrer will release on January 9th, planning for a long weekend at the box office.

Confirming our source's input, Lyca Productions have officially revealed that the film is scheduled to hit the screens on January 9th, 2020. Lyca has shared the information on their official website under the section of Darbar. So, the fans can now expect the film to release on Jan 9th. With music by Anirudh Ravichander, the grand audio launch of Darbar is scheduled to happen on December 7th at Nehru Indoor Stadium.

The electrifying teaser of the film is also expected to release on the same date. Rajinikanth will be seen as Aaditya Arunasalam, an honest cop, while Nayanthara, Nivetha Thomas, Suniel Shetty, Prateik Babbar, Yogi Babu, form the rest of the cast. Darbar has cinematography by Santosh Sivan and editing by Sreekar Prasad.