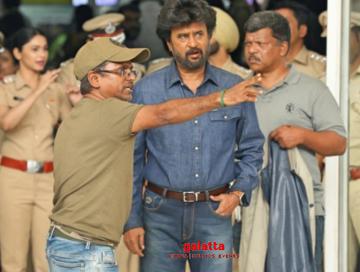 We had recently seen the spectacularly electrifying motion poster of Superstar Rajinikanth's Darbar which took social media by rage. Rajini's screen presence and Anirudh Ravichander's pulsating background score together gave an exciting experience for the viewers. The film, which is produced by Lyca and directed by A.R.Murugadoss will be hitting the screens for the festive occasion of Pongal in 2020. The film will have a Telugu dubbed release in Andhra Pradesh and Telangana on the same date as the Tamil version.


We have now got some interesting details on the distributors of selected regions. According to our sources, Darbar's Nizam (Hyderabad and Secunderabad) theatrical release rights has been acquired by ace producer and distributor Dil Raju. Producer Suresh Babu's Suresh Productions will distribute the film in the rest of Andhra Pradesh, while NV Prasad will take care of the proceedings in the Ceded area.

With three trade big shots coming together for the release of Darbar in Andhra Pradesh and Telangana, one can be assured of the film's wide release and popularity. With Nayanthara as the female lead and Suniel Shetty as the antagonist, Darbar's songs and teaser is tentatively planned to release in the first week of December. 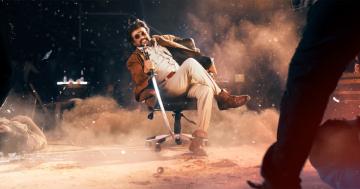