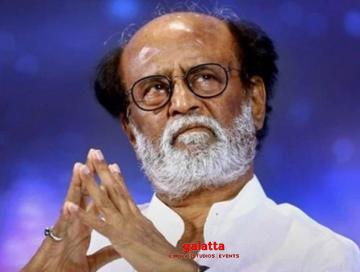 ‘Superstar’ Rajinikanth had announced his entry into politics on the eve of New Year’s in 2018, but is yet to launch his party. The veteran actor has since though on several occasions stepped up and spoken on issues that cater to the development of the nation. The iconic star has also been taking his time to form his political party by issuing statements by his Rajini Makkal Mandram.

In the meantime, the Parliament of India had passed the Citizenship Amendment Act (CAA), 2019 on December 11, which amended the Citizenship Act of 1955 by providing a path to Indian citizenship for Hindu, Sikh, Buddhist, Jain, Parsi, and Christian religious minorities from the neighboring Muslim majority countries of Pakistan, Bangladesh and Afghanistan. It is the first time that religion had been used as a basis for citizenship under Indian law. Having said that, the CAA has been met with widespread opposition from across the country and many taking to the streets to register their opinions by protesting.

With more new protests taking place in several parts of the nation and a few state governments also imposing the Section 144 rule, Rajinikanth has taken to his Twitter page to issue a statement saying no solution can be found to any issue by protesting or by the use of violence. He then urged the Indian people to work for the safety of the country by uniting together while adding the violence seen in many places has left him hurt. Check out the statement below:

Rajinikanth's statement has since last night become controversial with many taking to social media to criticize the actor turned politician for not understanding the motive behind their decision to indulge in protests. With a lot of opposition coming towards Rajinikanth's way over his statement, the star's fans and followers started a hashtag on Twitter today morning - #IStandWithRajinikanth - lending support to his statement.