Actor turned director Prabhu Deva has come a long way in his glorious career, but will for the first time be appearing on the big screen as a police officer in the upcoming Tamil film, Pon Manickavel. Written and directed by A. C. Mugil Chellappan, the action thriller will see Prabhu Deva romancing actress Nivetha Pethuraj with the film's supporting cast including names like Suresh Chandra Menon, the Late J. Mahendran among others under Hitesh Jhabak and Nemichand Jhabak's Jhabak Movies banner with music by hit composer D. Imman. 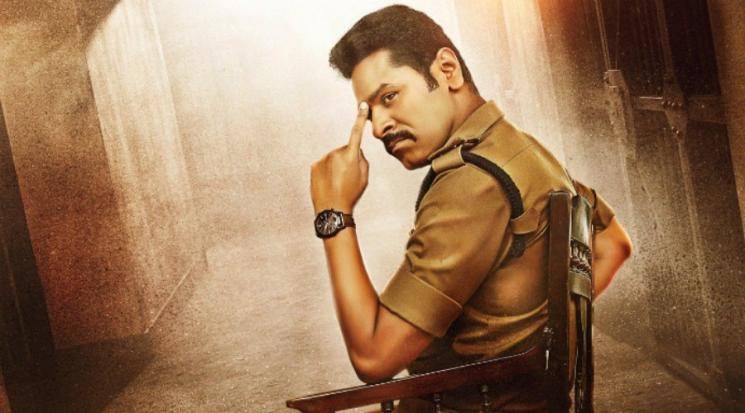 With an action-packed teaser released last year for the film, the makers have now released the long-awaited Pon Manickavel trailer. Initially, when the teaser, songs and the promotional stills dropped last year, there was quite a lot of chatter among fans of Prabhu Deva, who were excited at the prospect of witnessing the ace dancer in an out-and-out action role as a cop.

With the trailer now out, we can expect there will be considerable enthusiasm for the film when it arrives in theatres on _______. Pon Manickavel has cinematography by K. G. Venkatesh while editing has been done by T. Shivanandeeswaran followed by stunts by the Anbariv duo and lyrics penned by Karky.

Watch Prabhu Deva in action in the Pon Manickavel trailer below: