Composer turned actor Vijay Antony has impressed fans over the years with his tunes and performances in several films. As a music director, he has worked his magic for films starring Tamil cinema's leading names like 'Thalapathy' Vijay, Vishal, Jiiva and many others after which he made a transition to full-time acting in ventures, while also turning producing under his Vijay Antony Film Corporation banner. On Saturday on the occasion of his birthday, Vijay Antony made a major announcement regarding the largely speculated Pichaikkaran 2, while also announcing that he will be turning director for the upcoming film.

In an official announcement about embarking on a new journey as a filmmaker with Pichaikkaran 2 to be produced under his home banner, Vijay Antony said, "A long run dream finally comes true. This has been my inmost desire over a long period of time. In every movie as an actor, I have worked as an assistant director, learning tur techniques and skills from various movie makers. For any  filmmaker, it's an advantage to be aware of every department. In this aspect, I find myself lucky to have witnessed success as a technician and actor. I thank producers, directors and actors, who supported me in this journey of developing my skills. On this special occasion of my birthday, I am glad to announce my new avatar as a filmmaker with the movie Pichaikkaran 2. This will be a big budgeted project and talks are going on with leading actresses to play the female lead role. The story premise will offer a great experience for the audience with the right mix of entertainment and emotions. We will be soon making announcements on the cast and crew of Pichaikkaran 2."

As of now, no further details on the cast and crew of Pichaikkaran 2 have been revealed, which we can expect to be made in the days ahead. Along with the massive news of making his directorial debut, Vijay Antony also shared a special Pichaikkaran 2 announcement poster, which can be seen below: 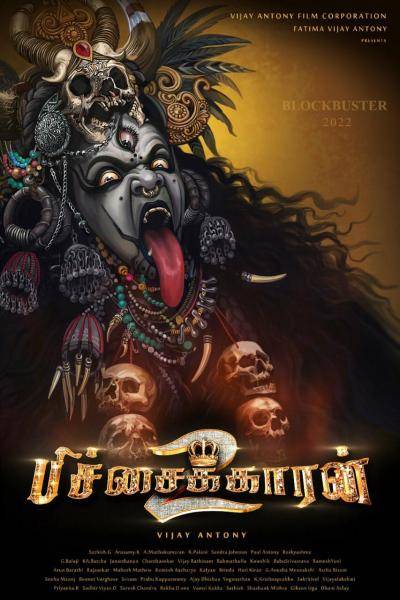