Actress Nayanthara's last film was Darbar opposite 'Superstar Rajinikanth, which came out as a Pongal treat last month. Her upcoming film lineup includes Netrikann, Mookuthi Amman and Rajinikanth's Annaatthe, which has her reportedly playing the role of a lawyer. Among the above-mentioned projects, Nayanthara's Mookuthi Amman is the directorial debut of popular radio jockey-turned-actor RJ Balaji, who has directed the film with NJ Saravanan. Dr. Ishari K. Ganesh has produced the film under his Vels Films International banner with the film currently in its post-production stage in light of its summer theatrical release plan. Having said that, the makers had yesterday announced that the film’s much-awaited first look poster featuring Nayanthara in her deity avatar would be finally unveiled today. Vels Films International, after teasing fans yesterday with a pre-look, have now released Nayanthara's Mookuthi Aman first look poster and can be seen below: 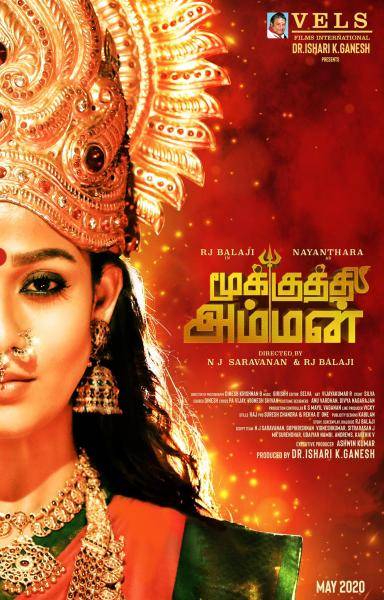 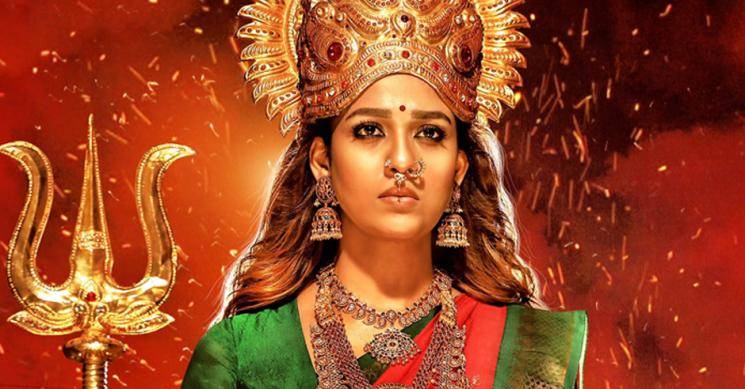 Nayanthara's Mookuthi Amman will include in its supporting cast veteran artistes Moulee and Urvashi, followed by Bigil fame Indhuja, Thadam heroine Smruthi Venkat and Iruttu Araiyil Murattu Kuththu stars Gautham Karthik and Yashika Aannand alongside RJ Balaji, who plays the lead role. Girish Gopalakrishnan of Aval fame is scoring the music for the film with Thaanaa Serndha Koottam's Dinesh Krishnan serving as the cinematographer and ‘Stunt’ Silva in charge of the action sequences. Pariyerum Perumal editor Selva RK is taking care of the cuts in the film while Divya Nagarajan and Anu Vardhan are the costume designers with Vijayakumar serving as the art director.