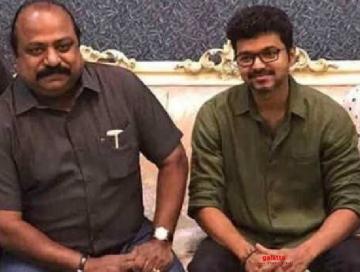 Thalapathy 64 is one film that took the fans by complete excitement when the announcement was made. This untitled film has got humongous expectations among the fans and the general audience just for the freshness of the combo of Vijay and director Lokesh Kanagaraj. This Viay starrer will mark the third directorial venture of Lokesh after Maanagaram and the yet-to-be-released Kaithi. The makers of Thalapathy 64 made a super breaking announcement yesterday (Sept 30) that Makkal Selvan Vijay Sethupathi will act in the film. This news made the fans excited and it was the talk of the town.

The team has now come up with the next announcement, one more new addition to the star cast. Popular Malayalam actor Antony Varghese will be making his Kollywood debut with this Vijay starrer and this news is sure to excite passionate cinema lovers. Antony Varghese is a fresh talent who made a striking debut with the acclaimed Malayalam film, Angamaly Diaries. With strong performers like Vijay Sethupathi, Antony Varghese, and Thalapathy Vijay in the star cast, one is sure to witness an interesting film with top notch performances. 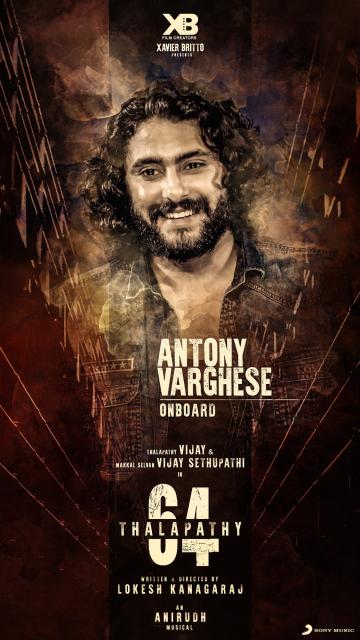 Director Lokesh is looking to give a new presentation with Thalapathy 64 and that is evident through the choices of actors. XB Film Creators, the production house, will be making one more announcement tomorrow evening at 5 PM and that is touted to be about the addition of one more actor. Scheduled to release in summer 2020, Thalapathy 64 has music by Anirudh Ravichander, cinematography by Sathyan Sooryan, and editing by Philomin Raj. Stay tuned for more updates.