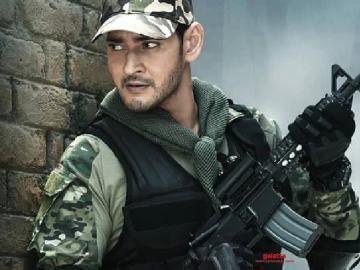 Following the massive success of his previous outing Maharshi, which also happened to be his 25th movie, Mahesh Babu began work on his next - Sarileru Neekevvaru, with director Anil Ravipudi. Jointly produced by AK Entertainments, GMB Entertainments and Sri Venkateswara Creations, Sarileru Neekevvaru is an action movie which will see Mahesh Babu playing the role of an Army Major for the first time in his career. Rashmika Mandanna will be playing the female lead and veteran star Lady Superstar Vijayashanti will also be making a comeback to Cinema, with this movie. We have now gotten the release date of this much expected movie.

Mahesh Babu took to his Twitter account to reveal that Sarileru Neekevvaru would be hitting the screens on January 12th, in 2020. Even before the movie went on floors, it was touted to be a Sankranti 2020 release and the makers are ensuring that they are staying true to their word. The star cast of this movie is huge with Aadhi Pinisetty, Prakashraj, Naresh, Rajendra Prasad, Sangeeta, Anasuya Bharadwaj, Rohini, Brahmanandam, Pradeep Rawat, Vennela Kishore, Sachin Khedekar and a number of others also being a part of it.

Devi Sri Prasad is scoring the music for Sarileru Neekevvaru while Randy Rathnavelu is handling the cinematography and Thammiraju is taking care of the editing. The title poster which was released on May 31st, 2019, generated quite a buzz and the title song, which was unveiled on August 15th, only added to it. There are a lot of expectations on this movie and Mahesh Babu fans are sure to be in for a treat. Stay tuned...