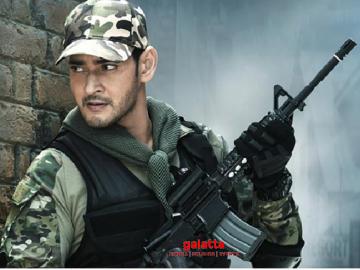 Super Star Mahesh Babu faced resounding success with his landmark 25th film Maharshi. Following this, he moved on to his next project, with director Anil Ravipudi. This movie, which has been titled Sarileru Neekevvaru, will be seeing Mahesh Babu as an Army Major for the first time in his career. He is playing the role of Major Ajay Krishna in this movie, which is being jointly produced by Mahesh Babu, Ramabrahmam Sunkara and Dil Raju, under their AK Entertainment, Sri Venkateswara Creations and GMB Entertainment Pvt. Ltd. banners. We now have a massive update from this movie!

Early today, Sarileru Neekevvaru's makers released a countdown poster for the date of the movie's release and as promised, they have announced the date and time, today evening! The teaser of this movie will be unveiled on November 22nd at 5:04 pm. Starring Rashmika Mandanna as the female lead, this movie will mark the comeback of Vijayashanti to movies, after her long hiatus. Devi Sri Prasad is scoring the music for Sarileru Neekevvaru, which has cinematography by R Rathnavelu and editing by Thammiraju.

The cast of Sarileru Neekevvaru includes Aadhi Pinisetty, Prakash Raj, Naresh, Rajendra Prasad, Sangeetha, Anasuya Bharadwaj, Rohini, Brahmanandam, Sachin Khedekar, Vennela Kishore and Pradeep Rawat, among others! The makers have planned to release the movie on 12th January, 2020, with the Sankaranti festival in mind. Glam dolls Tamannaah and Pooja Hegde are touted to be making special appearances in item numbers, in Sarileru Neekevvaru. Photos of Mahesh Babu in army uniform have upped the expectation quotient and his fans are eagerly waiting with bated breath for the teaser to release. Stay tuned...