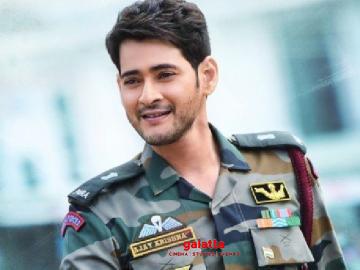 After tasting success with the milestone 25th movie of his career - Maharshi, Mahesh Babu is currently working on his next project - Sarileru Neekevvaru, with director Anil Ravipudi. This movie is being jointly bankrolled by Mahesh Babu, Ramabrahmam Sunkara and Dil Raju, under their GMB Entertainment, AK Entertainments and Sri Venkateswara Creations banners. A couple of days back, the makers had announced that the teaser of this movie would be released today evening and as promised, the nearly 1 and a half minute video has been unveiled today evening...

Sarileru Neekevvaru will see Mahesh Babu as an army major for the very first time in his career and teaser is packed with powerful dialogues and action sequences from him. Mahesh Babu praises the army and talks about their sacrifices while taking on a civilian rogue who has attacked a woman with a weapon. Veteran actress, 'Lady Super Star' Vijayashanti is making a comeback to movies with this film and she is seen in a powerful role. Prakash Raj also seems to be having an equally impactful role. The cast of this movie includes a number of top actors like Aadhi Pinisetty, Naresh, Rajendra Prasad, Sangeeta and Anasuya Bharadwaj, among others.

Devi Sri Prasad is handling the musical department for Sarileru Neekevvaru and his BGM has worked perfectly in the teaser with the music elevating the visuals. Cinematographer R Rathnavelu is taking care of cranking the camera and Thammiraju has been given the editorial duties. There are reports that Tamannaah and Pooja Hegde would be seen in special songs in this movie! Sarileru Neekevvaru is slated to hit the screens for the coming Sankranti festival, on January 12th, 2020!