Many believed Maanaadu to be a jinxed project that would never take off, but STR has proved everybody wrong by getting fit once again and joining the sets of this political film. Simbu is a gifted artist who doesn’t take time to ace his dialogues, he hardly takes more than one shot to master his scenes. Sometimes, STR can be sluggish off the camera not attending shoots but when he is in action, very few can better what he does. Now he has been shooting for Maanaadu non-stop in Chennai, that shows his commitment towards this project. Delighted producer Suresh Kamatchi took to his Twitter space to share a few words about the progress of the film along with a photo of STR - “ 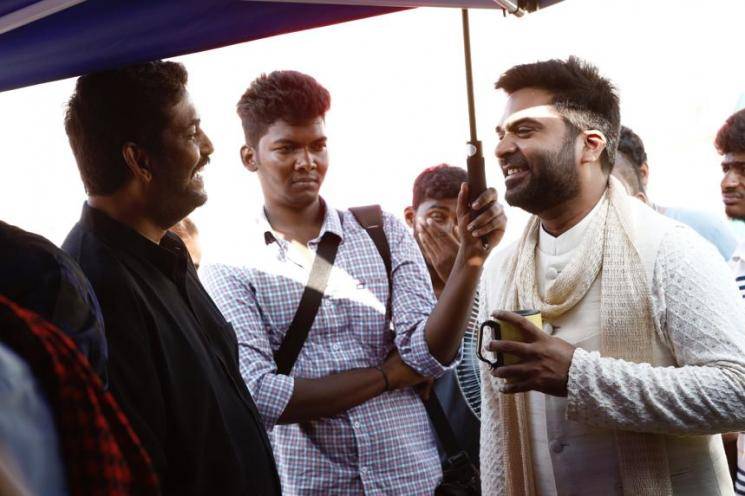 The gorgeous looking Kalyani Priyadarshan has been brought on-board Maanaadu, Suresh Kamatchi also announced that this movie would be hitting the screens in August 2020. This indeed comes as very exciting news for STR fans, who have been eagerly waiting to see him back on the big screens. Bharathiraja and Thalapathy Vijay's father SA Chandrasekar, Karunakaran and Premgi Amaren are among the cast sheet list. Richard M Nathan will be handling the cinematography for Maanaadu. Venkat Prabhu's regular editor Praveen KL would be handling the chops, while Sekar will be taking care of the art department. Rajeevan has been roped in as the Production Designer for Maanaadu.