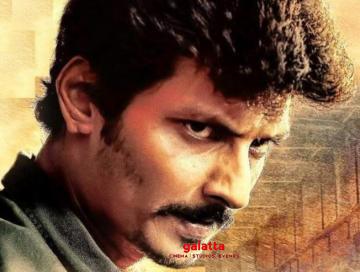 Actor Jiiva had two releases in 2019 - the action-thriller, Kee and the heist-comedy thriller, Gorilla. Currently attached to Kalathil Santhipom alongside Arulnithi and also set to be making his Bollywood debut in 83, which has him portraying former Indian cricket team player, Krish Srikkanth, Jiiva will be seen in two more upcoming Tamil films next - Gypsy and Seeru.

With his political film, Gypsy, announced to come out in theatres on January 24, 2020, it was revealed a while back that his action venture, Seeru, will be released later this week on December 20. However, there has been no word since then from reputed production banner, Vels Film International, regarding the film’s theatrical release. That said, sources close to us have revealed that Seeru will not be released on December 20 as initially planned and has now been instead postponed to February 2020. It now remains to be seen on which date the film will be out considering Dr. Ishari K. Ganesh's Vels Film International's other big venture, Joshua Imai Pol Khaaka, starring Puppy fame Varun under Gautham Menon’s direction will be released as a Valentine’s Day treat on February 14. Dr. Ishari K. Ganesh will ideally be looking to bring out Seeru either in the first week of February or sometime towards the end of the month as his banner is bringing out Sumo with 'Mirchi' Shiva as a Pongal 2020 release.