Director Gautham Vasudev Menon's long awaited Enai Noki Paayum Thota, with Dhanush and Megha Akash in the lead, has been completed and waiting in the cans for quite some years now. Fans of the director and actor have been going through a very tough period with hope blossoming now and then, only to be quashed yet again. However, the movie received a new lease of life when it was announced that Dr. Ishari K. Ganesh's Vels Film International banner had agreed to step in and release the movie, clearing all the hurdles. This gave ENPT fans a lot of hope and the movie is slated to hit the screens on November 29th! However, with the release date just a couple of days away, a new issue has cropped up for the movie! 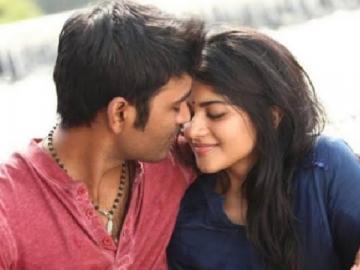 A financier by the name of Mr. Bafna, has filed a case against ENPT's release and the Chennai High Court has granted a stay order against the movie's release. He states that Ondraga Entertainment, the original producers of this movie, owe him money and he had filed a case in this regard. A Suo Moto case and a Contempt of Court case have been filed against Gautham Menon, Reshma Ghatala, Venkat Somasundaram & Madhan and also that Enai Noki Paayum Thota's release has been stayed until the pending amount gets cleared. He also states that there has been no contact from either of the producers, regarding settling this issue, yet.

We got in touch with Mr. Ishari K. Ganesh regarding this new issue and he confidently states that all pending issues, including the payment for Mr. Bafna, will be cleared by today and that Enai Noki Paayum Thota will release on the mentioned date, for sure. The Vels Film International team are working hard to ensure that all hurdles for this movie's release are cleared in time to ensure that it releases on November 29th! Stay tuned for all the latest updates!