Latest update on Hiphop Tamizha Adhi's next! Check it out...

Little would anybody believe that Hiphop Tamizha Adhi is just two films old as an actor! He debuted as an actor with the 2017 movie Meesaya Murukku, which went on to become a super hit among the audiences, especially the youth. This earned him a cult following among youngsters and his next acting venture was eagerly awaited. Though it took two years, Adhi's next movie as a hero - Natpe Thunai, which released earlier this year, turned out to become yet another hit amongst the youngsters. It was then announced that he had begun working on his third movie as an actor and that it has been titled Naan Sirithal. Now, we have a massive update on this movie... 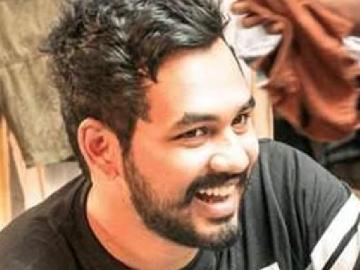 An update from Naan Sirithal director Raana, on his Instagram page, has revealed that the shooting for this movie has been wrapped up! The entire team cut a cake and struck a joyous pose with a banner reading #NaanSirithal Wrap Up! Just like his first two movies, this project is also being bankrolled by Sundar C & Khushbu's Avni Movies banner! Hiphop Tamizha is handling the musical score and composition for the songs of this movie, which has Iswarya Menon as the female lead with Badava Gopi, Eruma Saani Vijay and Shah Ra in vital roles!

Vanchinathan is taking care of the cinematography of Naan Sirithal, which has Sreejith Sarang's editing. The Rock Fort Entertainment banner is distributing this movie, which is expected to hit the screens early next year. Meanwhile, Hiphop Tamizha is also composing the music for Pari K Vijay's Aalambana, which stars Vaibhav & Parvatii Nair in the lead. They are also scoring the music for A1 Express, a Telugu film, which is touted to be the remake of Adhi's Natpe Thunai.