Harbhajan Singh has become highly popular in Tamil Nadu, thanks to the former Indian cricketer's association with the Chennai Super Kings IPL Team and his tweets in Tamil. More than a cricket player, he is now a busy actor who has already signed a few interesting projects. It was recently announced that Harbhajan Singh would be making his debut as a lead actor with a Tamil film titled Friendship, directed by John Paul Raj and Sham Surya. Bigg Boss sensation Losliya will be making her debut as the female lead with this film, while Action King Arjun will be seen in a very pivotal role. 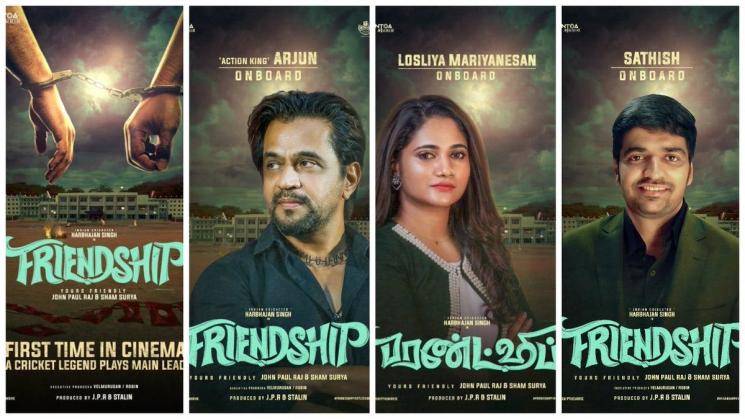 Recently, actor Sathish was signed onboard for a comedy role and the announcement about it was made last night. On a lighter note, Harbhajan Singh replied to the announcement tweet and his reply has gone viral on social media. He congratulated Sathish and also shared that his face looks like that of a Srivilliputhur Palkova. He also requested Sathish to have higher quotients of comedy in the film and added that he is excited to shoot with him.

Well, it is known that the Tamil tweets from Harbhajan’s handle are posted by his admin, Saravanan Pandiyan, but it still does have something interesting to look out for. Apart from Friendship, Harbhajan is also a part of Santhanam’s Dikkiloona, in which, he is said to play the role of an antagonist. Check out Bhajji’s Tamil tweet below: