RJ Balaji, Sandy, Tharshan, & details of all the other winners of the Galatta Nakshatra Awards 2019 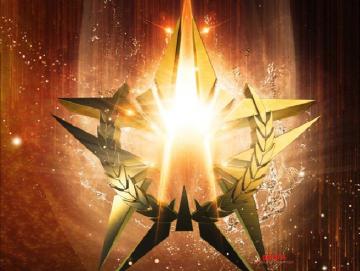 Galatta Media is a pioneer in the field of entertainment and in its 19 year journey, has been constantly striving to bring our subscribers the best of content from the world of cinema, TV, radio and online platforms. In 2018, we decided to come out with the first ever awards ceremony to celebrate talents from across the fields of television, radio and online platforms, all under the same roof & on the same stage. Following the success of this event, we conducted the second edition of this awards show - the Galatta Nakshatra Awards 2019, a couple of days back. This GNA 2019 was held at the Anna Centenary Library Auditorium, on October 19th.

Here are the list of winners from this year's event:

TV Actor who made it to the silverscreens (male) - Rio

TV actor who made it to the silverscreens (Female) - Vani Bhojan

Most Viral Hit Song of the Year on TV - We are the Boys-u (Kavin, Sandy, Tharshan, Mugen)

Our hearty thanks to all the winners and presenters who made this show a grand success! We look forward to all your co-operation to make the next edition of the Galatta Nakshatra Awards, an even bigger spectacle!