Dhanush's Enai Noki Paayum Thota had finally hit the screens yesterday (November 29) amidst high expectations from the fans. While the film has opened to mixed reviews from the critics and the general audience, a new update from the camp of Dhanush's Pattas has come and this has made the fans excited. Yes, the makers of Pattas have now announced that the first single from the film will be released tomorrow (December 1) evening at 6.30 PM on YouTube. This song is called 'Chill Bro' and it has been crooned by Dhanush himself, while it is composed by the musicians duo Vivek-Mervin.

We had already reported about this song a few weeks back and it has now become official. This fun filled dance number will be the film's intro song and will be high on energy and beats. The film's music rights have been bagged by Lahari Music and hence the song will be released on their official YouTube channel. Pattas features Dhanush in dual roles, one as a father and other as a son. While Sneha plays the love interest of the 'father' Dhanush, Mehreen Pirzada is paired opposite the younger Dhanush. 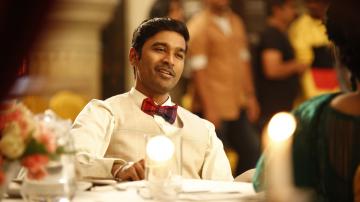 Directed by Durai Senthilkumar of Ethir Neechal and Kodi fame, Pattas features actor Naveen Chandra as the antagonist. Pattas will be Sathya Jyothi Films' next outing after the mammoth success of Ajith's Viswasam. The makers are in the final leg of shooting and the film is scheduled to hit the screens in January 2020.

After completing Pattas, Dhanush will move on to his untitled next with director Mari Selvaraj of Pariyerum Perumal fame. He is also committed to doing a film with director Ramkumar of Ratsasan fame under the production of Sathya Jyothi Films.

The first single from Pattas, #ChillBro sung by the one & only @dhanushkraja releases at 6.30 PM tomorrow in @LahariMusic