The lovely young power couple of Bollywood - Deepika Padukone and Ranveer Singh, often do things which give their fans and followers relationship and couple goals! However, it looks like they are as normal a couple as most people, at times! Yesterday, Ranveer Singh was in Chennai to promote the Tamil version of his upcoming much awaited movie '83! The promotional event was a very grand one with legends from the field of Cinema and Cricket, including Ulaganayagan Kamal Haasan and Kapil Dev, gracing the occasion! Ranveer posted new pics from the event and from the movie, on his Instagram account and his wife Deepika had some orders for him, in her comment! 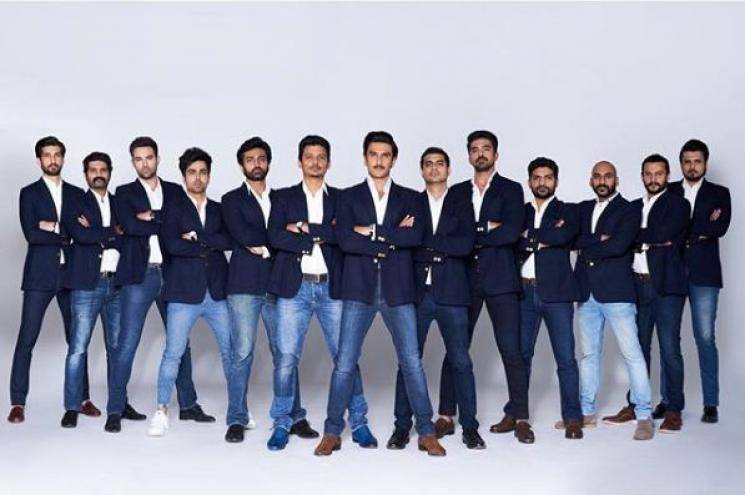 Commenting on one of Ranveer Singh's photo uploads, Deepika asked him to get sweets from a famous sweet shop in Chennai and also added that he get chips from another shop famous for this dish. This made all of their fans go berserk with most of them commenting about Deepika's requests, than the photo itself! It was recently announced that Kamal Haasan's Raaj Kamal Film International would be releasing the Tamil dubbed version of '83 and the first look of the movie's Tamil version was released yesterday! 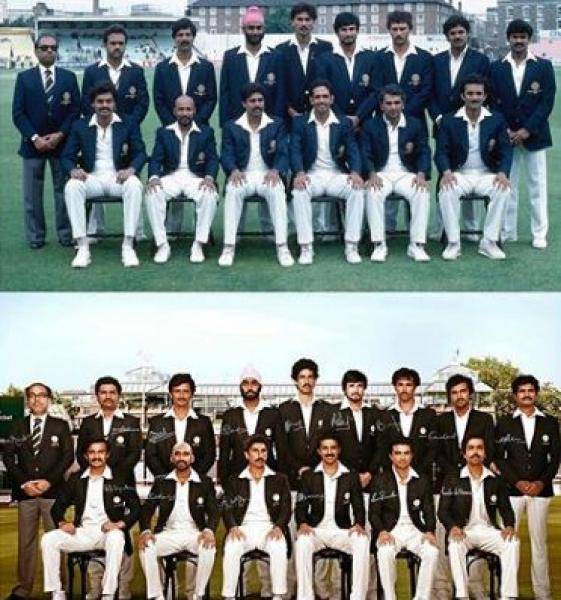 The cast of '83 - specifically the members of Ranveer's team or "Kapil's Devils" as they are fondly called, assembled at the MA Chidambaram Stadium, at Chepauk, in Chennai. Following this, the first look poster was released amidst a lot of fanfare, at Sathyam Cinemas. This film, directed by Kabir Khan, is being jointly produced by him, Vishnu Vardhan Induri, Deepika Padukone, Madhu Mantena and Sajid Nadiadwala! Based on India's famouse first Cricket World Cup win in 1983, this movie has an ensemble cast including Jiiva, Deepika Padukone, Ammy Virk, Harrdy Sandhu, Tahir Raj Bhasin, Saqib Saleem, Chirag Patil, Boman Irani, Parvatii Nair and a whole host of other stars! 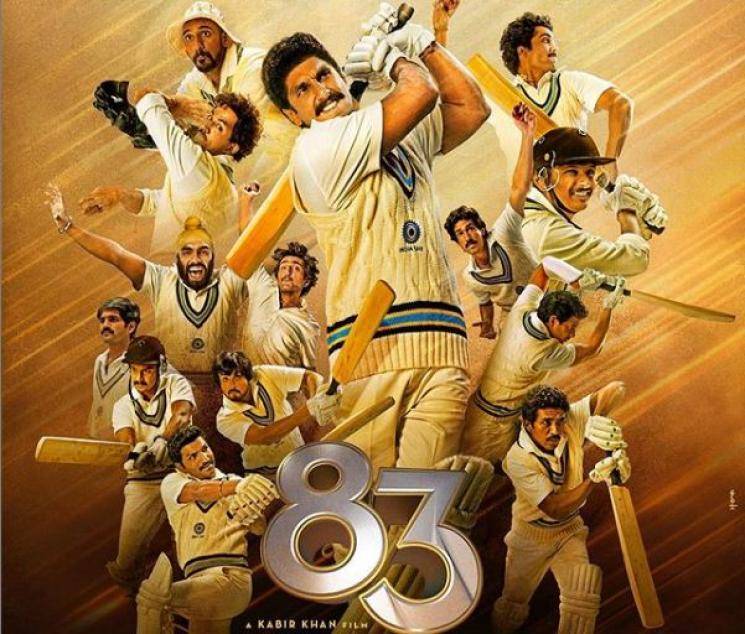 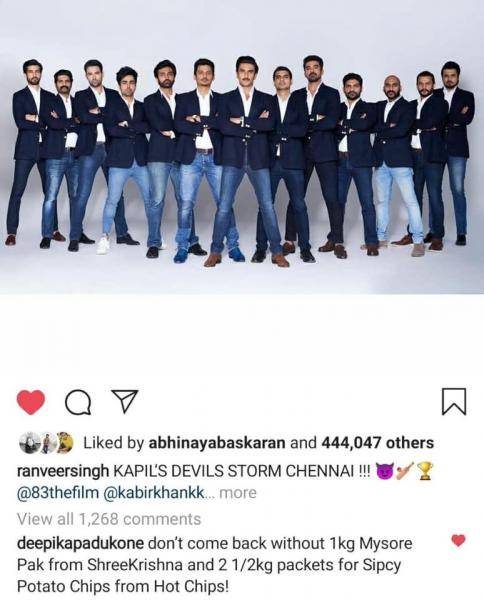