Popular comedian and supporting actor Krishnamoorthy passed away early this morning, on October 7. This news has taken the entire Kollywood film fraternity and the audience by total shock since he was not suffering from any health related issues in the recent past. Krishnamoorthy breathed his last at 4.30 AM this morning at Kumily while shooting for an upcoming film. The cause of his death is said to be a massive cardiac arrest. More details regarding the final rituals is yet to be known and we will update you on that soon. 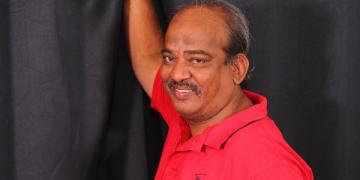 Krishnamoorthy is widely known for his classic combination with Vaigaipuyal Vadivelu in his superhit comedy sequences. He rose to fame with his funny character in Vijayakanth starrer Thavasi and after that he has delivered a lot of memorable comedies with Vadivelu and other comedians. Krishnamoorthy has also played a serious supporting character in the Bala directed Naan Kadavul. 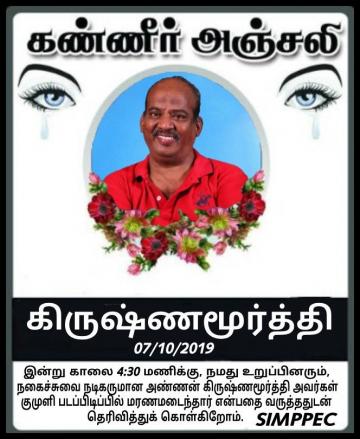 The demise of Krishnamoorthy is definitely unexpected and at this juncture, Galatta Media expresses its deepest condolences to his family and prays for the departed soul to rest in peace.