The entire world is on a lockdown as the coronavirus pandemic has claimed over 1,50,000 lives with more than 2 million testing positive for the disease. With governments around the world informing people to adhere to social distancing in order to avoid being affected or be a reason for the spread of the virus, the COVID-19 outbreak has brought in a lot of despair for Iran as well as the Arab nation has seen 80,000 positive cases with nearly 5,000 deaths and 55,000 recoveries reported so far. In the midst of such turmoil, Iran is in the news for all the wrong reasons after a human rights organization claimed that Fatemeh Khishvand, a popular Iranian Instagram star under the name, SaharfTabar, known predominantly among followers as the 'Zombie Angelina Jolie', has been jailed and is currently on a ventilator after contracting coronavirus while in custody.

Fatemeh Khishvand's lawyers have now asked for her release due to the COVID-19 oubreak, but the appeal was refused by a judge, as per the US-based Center for Human Rights in Iran. Human rights lawyer Payam Derafshan in a statement said, "We find it unacceptable that this young woman has now caught the coronavirus in these circumstances while her detention order has been extended during all this time in jail,". Arrested in October, Khishvand, 22, has been in detention owing to a crackdown on Instagram celebrities across the nation. She has been widely accused of blasphemy, instigation of violence and encouraging the corruption of young people, for expressing herself on her widely followed Instagram account. 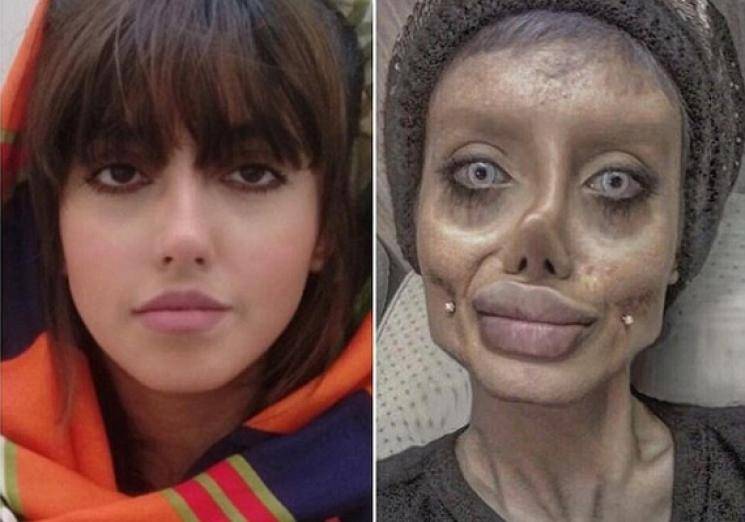 Khishvand’s lawyer made an appeal saying she is nowhere to be found amidst the spread of the COVID-19 virus in the country with Judge Mohammad Moghiseh on several occasions rejecting the bail requests. Claims of the Instagram star contracting the virus were denied by jail officials in Tehran, which were ridiculed by Khishvand’s lawyer, who later in a statement said, "It seems like it has become a habit for the authorities to deny everything. It makes no sense to deny this. The prison director should acknowledge the infection and admit she has been hospitalized." 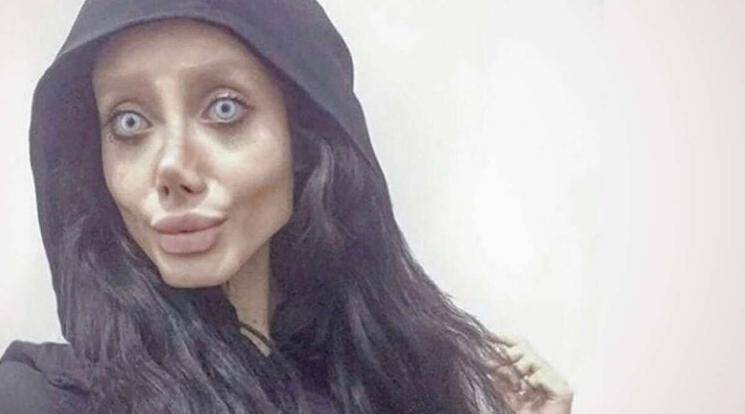 Derafshan further added, "Many women in Shahr-e Rey Prison have contacted my colleague and me about the terrible situation inside the prison and the fear that exists among the inmates [due to the coronavirus]. We want the authorities to issue a general order to allow these prisoners to be temporarily released. In the absence of judges who are sick or not coming to work, this is the only solution." Khishvand became a national sensation in 2017 on Instagram (it is the only social media app available in Iran as Facebook and Twitter are banned) after she stated she had undergone 50 surgeries to resemble her favorite Hollywood star, Angelina Jolie, and posted several selfies in which she was shown in an almost anorexic state with hollow cheeks and inflated lips including her nose being upturned. Her transformation left many shocked around the world as she revealed that her look was created using makeup and digital editing. 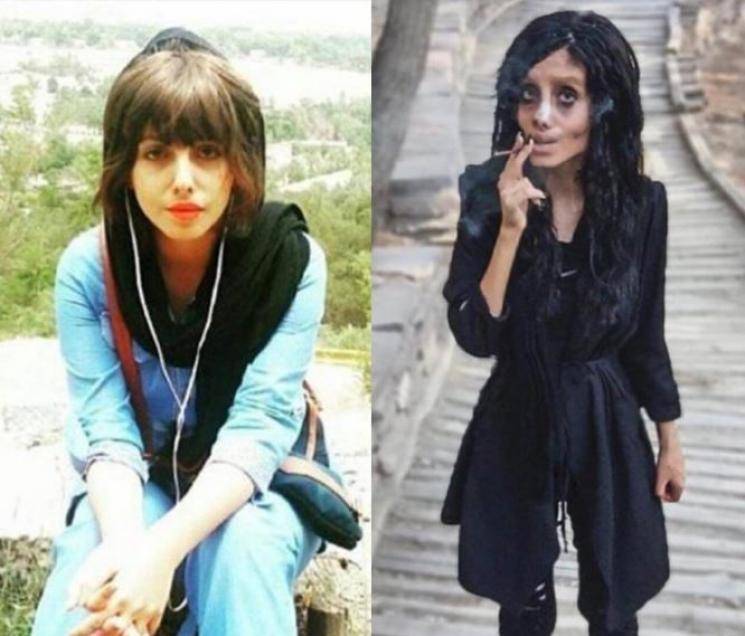