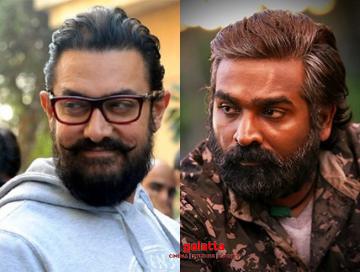 Bollywood actor Aamir Khan has earned the tag of being a perfectionist over the past few years and was last seen in the 2016 blockbuster, Dangal, which is at present the highest-grossing Indian film with over 2000 crores in worldwide box office collections. Post Dangal, there was much talk on Aamir Khan’s next project, which was earlier this year revealed to be the official remake of the iconic Hollywood film, Forrest Gump. Titled as Laal Singh Chaddha, Secret Superstar director Advait Chandan will be helming the venture to be produced jointly by Aamir Khan Productions and Viacom 18 Pictures banner. Based on a screenplay by Eric Roth and being adapted by Bollywood actor Atul Kulkarni with music by Pritam, the Laal Singh Chaddha motion logo video has been released and with a Christmas 2020 theatrical release announcement.

Apart from being Aamir Khan’s first film in almost three years, Laal Singh Chaddha will also include ‘Makkal Selvan’ Vijay Sethupathi in a vital supporting role after the versatile Tamil actor met the Bollywood superstar at Pollachi earlier this year while Sanga Thamizhan was being shot. There are massive expectations surrounding Laal Singh Chaddha ever since it was revealed to be a remake of Forrest Gump with many waiting to witness Aamir Khan to come up with yet another career-defining performance in the league of iconic Hollywood actor, Tom Hanks, who had played the lead role in the original film.

Check out the Laal Singh Chaddha motion logo promo below: