Vishnu Vishal announces his next film - to team up with this director for the second time! 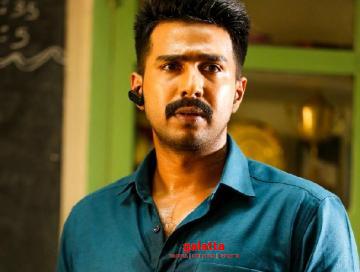 Vishnu Vishal is right now shooting for his next film, FIR, directed by debutant Manu Anand, a former associate of Gautham Vasudev Menon. This action thriller features Manjima Mohan, Raiza Wilson, and Reba Monica John as the female leads with music by Ashwath and cinematography by Arul Vincent. Vishnu is also awaiting the release of his delayed commercial potboiler, Jagajaala Killadi, directed by S Ezhil. The 'Ratsasan' actor has now officially announced his next big outing.

Yes, he would be teaming up with director Chella Ayyavu for a new film and this same duo have already worked together in Silukkuvaarpatti Singam which released last year. Marking the film's one year of release, Vishnu took to his Twitter space yesterday (December 21) and made the announcement. This untitled new project will be a sports family drama and will go on floors next year.

More details are awaited and we will update you on the same in the days to come. Apart from this newly announced project, Vishnu Vishal is also committed to doing a film with director VJ Gopinath of Jiivi fame under his banner, Vishnu Vishal Studioz production. Not to forget the reports about him playing the lead role in the Tamil remake of Nani's blockbuster Telugu film, Jersey. Well, it looks like Vishnu is going to be in action completely for the next year.

Last year on this day #silukkuvarpattisingam released with 5 films..got really good feedback from family audiences..on this day announcing my association with @ChellaAyyavu again under @VVStudioz this time a nice sports family drama:)movie to begin next year.other details soon :)