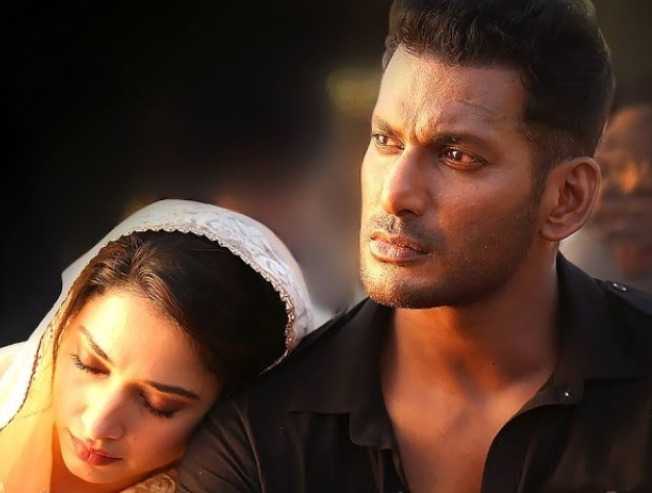 Actor Vishal’s upcoming film, Action, gearing up for a big release on November 15, is the third-time association for the star with director Sundar. C after their Aambala and the unreleased, Madha Gaja Raja. Produced under R. Raveendran’s Trident Arts banner, Action has music by Hiphop Tamizha with the "Nee Sirichalum" and "Light Camera Action" songs turning out to be hits already. That said, the makers have now released the ‘Maula Maula’ song lyric video, which is an emotional number featuring the voices of Bamba Bakya, Kutle Khan and Nikhita Gandhi with lyrics penned by Pa. Vijay. Vishal will be looking to hit the bullseye once again with his Action after his recent few films namely Thupparivaalan, Irumbu Thirai and Ayogya performed well at the box office.

Action has Tamannaah and popular Malayalam actress Aishwarya Lekshmi making her Tamil acting debut playing the female leads followed by Vedalam fame Kabir Singh Duhan as the antagonist and Yogi Babu will be handling the comedy relief. Shot for the most part in Turkey and various locations in Chennai and across North India, the film also has a stellar technical team among whom are cinematographer Dudlee, editor N. B. Srikanth and stunt duo Anbariv for the stunts,

Check out the 'Maula Maula' lyric video from Action below: