Vijay Sethupathi's next film gets a blockbuster director - check out who it is! 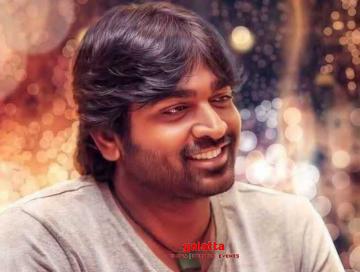 One of the busiest stars in Tamil cinema, ‘Makkal Selvan’ is attached to several high profile projects including the biggie, Thalapathy 64, alongside Vijay under Kaithi director Lokesh Kanagaraj. Vijay Sethupathi, whose Sanga Thamizhan released last week, also has in his films like Aandavan Kattalai director Manikandan’s Kadaisi Vivasayi, National Award winner Seenu Ramasamy’s Maamanithan, SP Jhananathan’s Laabam, the musical drama Yaadhum Oore Yaavarum Kelir, Aishwarya Rajesh’s Ka Pae Ranasingam in which he has a supporting role as well as Ashok Selvan and Vani Bhojan’s Oh My Kadavulae. Among them, his Yaadhum Oore Yaavarum Kelir will now see blockbuster director Mohan Raja making a friendly appearance. The news was announced by Mohan Raja’s brother, Jayam Ravi, on his Twitter page. Check out the announcement poster below:

Mohan Raja is known for delivering several hits throughout the course of his career among which include Jayam, M. Kumaran S/O Mahalakshmi, Something Something... Unakkum Enakkum, Santosh Subramaniam, Velayudham, Thani Oruvan to name a few. Yaadhum Oore Yaavarum Kelir being directed by debutant Venkata Krishna Roghanth and will see Vijay Sethupathi playing the role of a musician alongside Vivek Prasanna and director Magizh Thirumeni in supporting roles with music by Nivas K. Prasanna. Up-and-coming actress Megha Akash, who has become a youth heartthrob of late, is starring as the female lead in Yaadhum Oore Yaavarum Kelir, which has a plot that travels through the festive season of the year including Christmas and New Year and will also be addressing a major international issue.