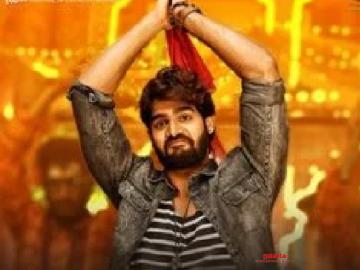 Actor Kartikeya made a huge splash with his very first film, the romantic action entertainer RX100, which turned out to be a blockbuster hit in Tollywood. This movie, directed by Ajesh Bhupathi, gave a huge break in Kartikeya's career and he followed it up with the quirky movie Hippi, which was a bilingual in Tamil and Telugu. This movie sank without a trace and people were waiting to see Kartikeya again and he obliged them with his very first role as an antagonist in Natural Star Nani's Gang Leader. His performance came in for a lot of acclaim, yet again.

Kartikeya is currently acting in yet another movie with a quirky name, titled 90ml. There was a recently released Tamil movie by the name of 90ml, which had Bigg Boss fame Oviyaa in the lead and the movie created quite a controversy after it showed women drinking, smoking and smoking up. This Telugu 90ml is directed by Shekar Reddy Yarra and bankrolled by Ajay Kumar Gummakonda under the Kartikeya Creative Works banner. This 'Yinipinchukoru' song is a party song with the hero singing it in a frustrated state.

90ml also features Ravi Kishan, Rao Ramesh, Ali and Posani Murali Krishna, among others. Anup Rubens has composed the music Neha Solanki playing the female lead. Chandrabose has penned the lyrics for this 'Yinipinchukoru' song, which has been sung by Rahul Sipligunj. SR Sekkhar is editing this movie, which has cinematography by J Yuvaraj.