After A.R.Rahman, this leading top hero to do it for Mani Ratnam! 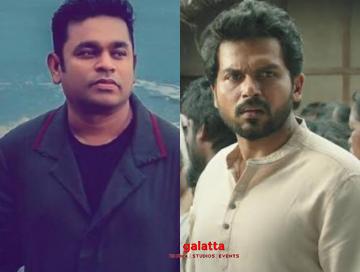 While Mani Ratnam is gearing up to start shooting for his dream project, Ponniyin Selvan, the first look poster of his next production venture, Vaanam Kottattum, was released recently. This multistarrer film features Vikram Prabhu, Aishwarya Rajesh, Madonna Sebastian, Sarathkumar, Radikaa Sarathkumar, Shanthnu Bhagyaraj, and Amitash Pradhan in the star cast. Directed by Mani Ratnam's former associate Dhana, this feel good family drama has music composed by the sensational Sid Sriram who is making his debut as a music director.

The first single, 'Kannu Thangom', which released recently opened to a positive reception from music lovers. This soulful melody number was crooned by Sid Sriram and Shaktisree Gopalan. The first single was launched by A.R.Rahman who introduced Sid into cinema. It is now time for the release of the second single. Yes, the makers of Vaanam Kottattum have now come up with a new announcement that reveals the details of the second song.

This number is called 'Easy Come...Easy Go', which is penned by Siva Ananth, one of the writers of Chekka Chivantha Vaanam. This is said to be a high energy number which will release on November 20, coming Wednesday evening at 5 PM. Easy Come Easy Go song will be released by actor Karthi through his social media handle. The film's story and screenplay are penned together by Mani Ratnam and Dhana, while Preetha Jayaraman has handled the cinematography. 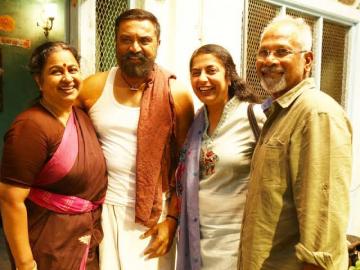