Popular Hindi television serial actress Srishty Rode underwent surgery recently and had shared a video from the hospital on her Instagram Stories. Srishty, who had also participated as a contestant on Bigg Boss 12, has said that although she is still admitted, she is "recovering". Seen in a hospital gown, with a mask covering her face, she is smiling in the video as she is lying on the hospital bed, while also flashing a peace sign towards the camera. She wrote on her Instagram Stories, "Just before I went in for the surgery! It’s been 5 days! Still in the hospital but recovering! Thank you so much for the good wishes." 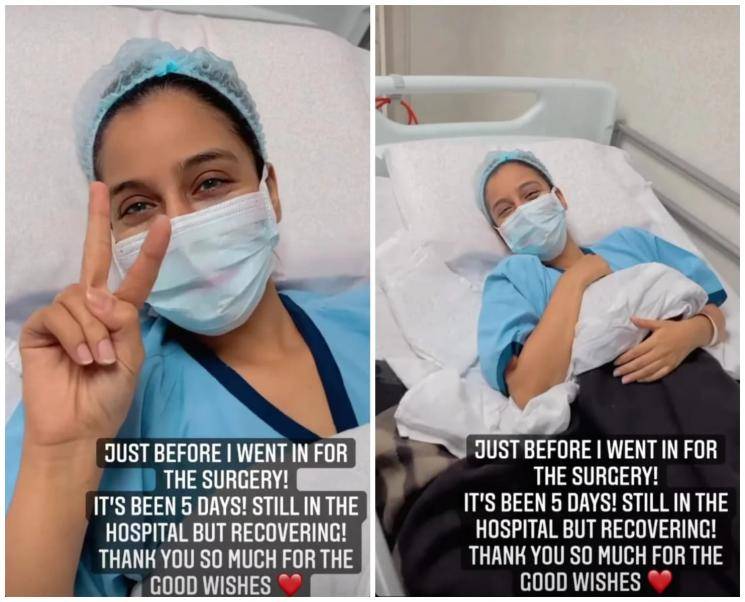 Earlier, in an Instagram post five days back, Srishty put up a picture from a photoshoot and wrote, "The Caption Has Nothing to do with the picture! :- WISH ME LUCK." Srishty became a notable name on television after her debut on the show, Kuchh Is Tara, in which she had appeared in a cameo. Since then, she has starred in shows like Yeh Ishq Haaye, Shobha Somnath Ki, Saraswatichandra and Ishqbaaz and  garnered a bigger fan following after her stint on Bigg Boss 12 in 2018.

Speaking about her experience on Bigg Boss in an interview with a leading daily earlier this year, Srishty said she found the 2018 edition to be "boring" adding that she could not show her "real side" to the viewers. The up-and-coming actress said, "I feel I was in the wrong season. My season was boring and I couldn’t put my best foot forward. There were jodis and I felt left out because everyone had some connection with each other. I couldn’t show my real side to people which is very bubbly and lively, so if given another chance, I would like to show that side to people."

Check out below the video Srishty Rode shared from the hospital: