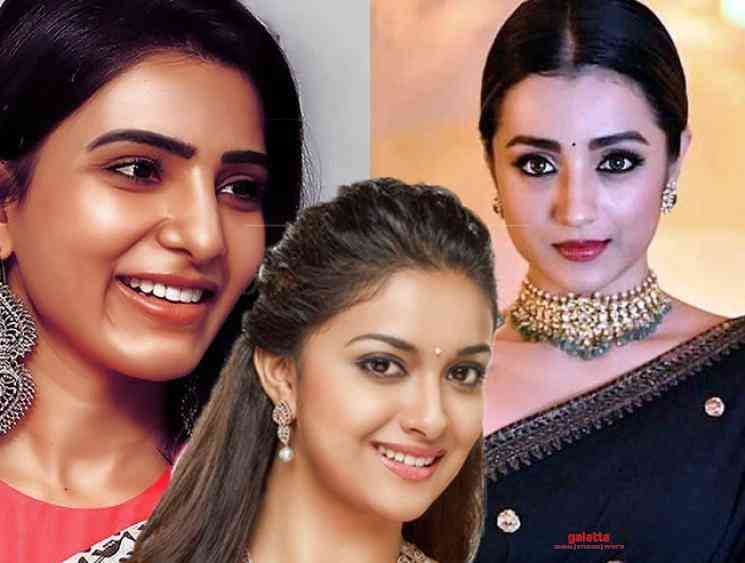 Sizzling Keerthy Suresh is now one of the most popular actresses across our country. Despite being popular in the South, the massive success of Mahanati/Nadigaiyar Thilagam, shot her to fame across different industries and landed her a National Award, while also opening up the gates of Bollywood for her. Before the corona lockdown, she was busy with a number of projects and was shuttling between them. Keerthy is also working in Superstar Rajinikanth's next Annaatthe. Because of her hectic schedule, she couldn’t allot dates to Mani Ratnam’s magnum opus Ponniyin Selvan. She was supposed to play the role of Kundavai which now being played by Trisha. 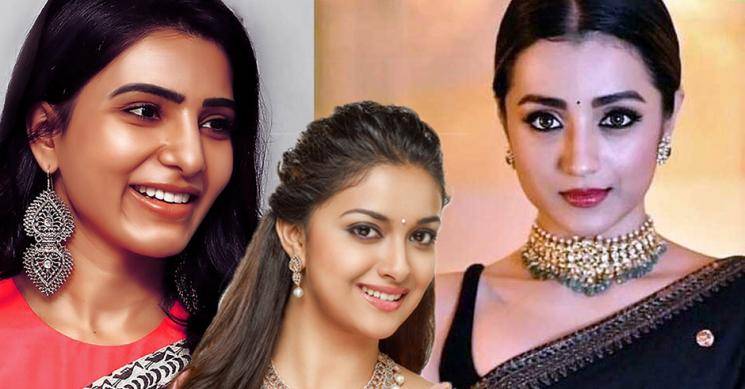 As reported earlier Keerthy Suresh’s Penguin will have a direct OTT release on Prime Video in two languages - Tamil and Telugu. Penguin will feature Keerthy Suresh as a pregnant woman and this film is expected to showcase her as a strong performer, after Mahanati. It is now announced that the teaser of Penguin will be released tomorrow by 4 popular film actresses - Trisha, Samantha, Manju Warrier and Taapsee. Keerthy Suresh is one of the very few heroines who maintains a very good rapport with all the co-stars she works with. Maybe that’s the reason why actors like Trisha and Samantha who are considered to be Keerthy Suresh’s competitors extending support to her. 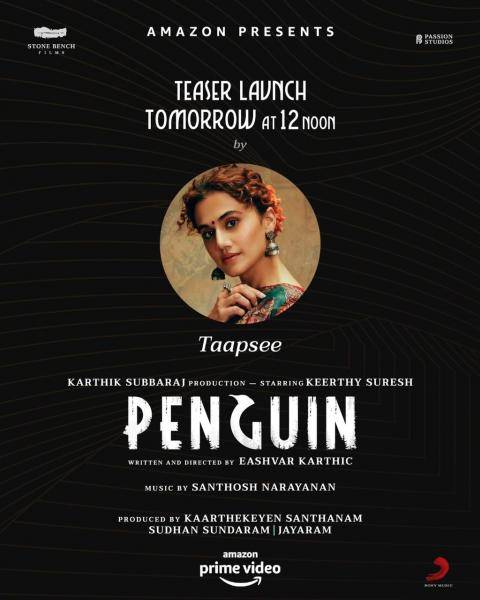 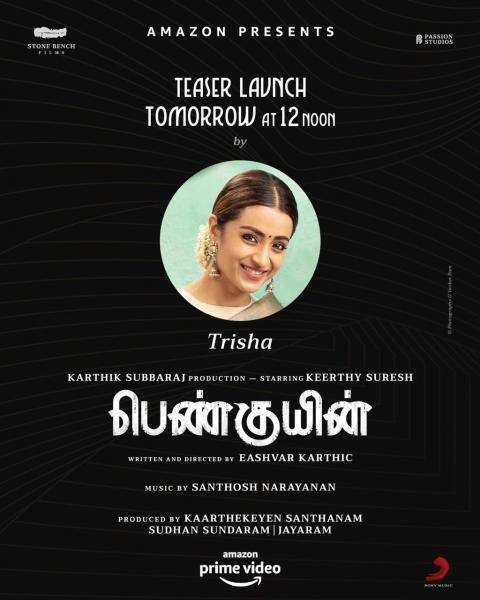 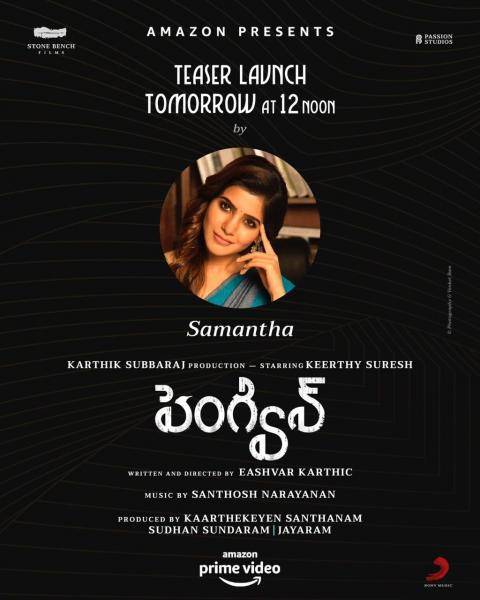 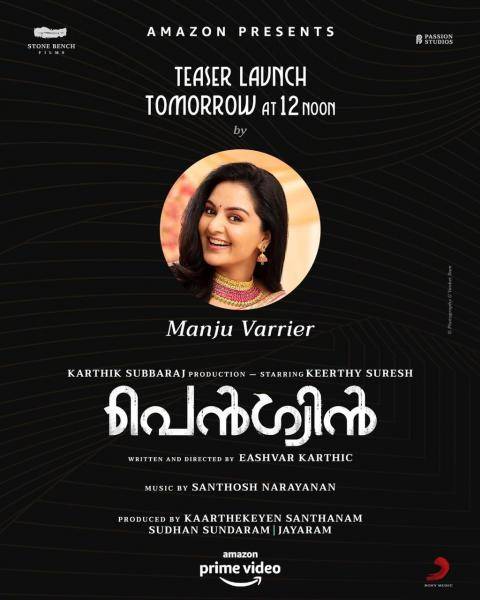 Penguin, produced by Karthik Subbaraj’s Stone Bench Creations, in association with Passion Studios is directed by debutant Eashvar Karthic and has music scored by Santhosh Narayanan. The teaser of the much-anticipated psychological thriller will be launched at 11 AM tomorrow. The film that is scheduled for its exclusive world premiere on Amazon Prime Video for the June 19. 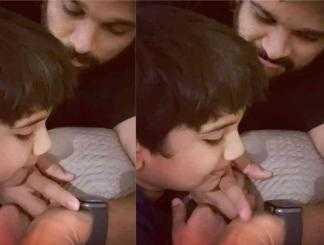 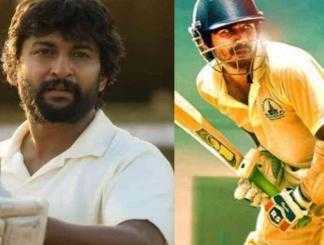 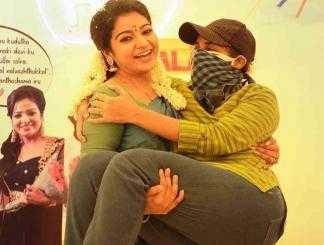 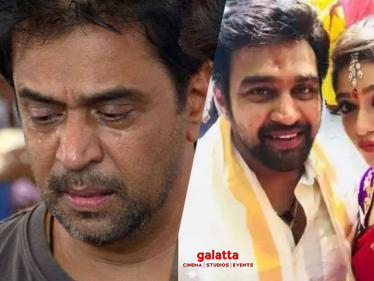 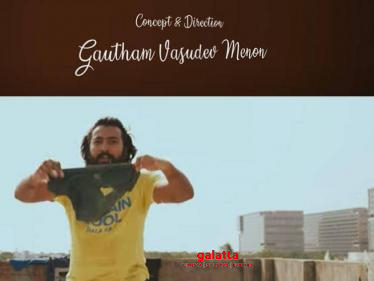 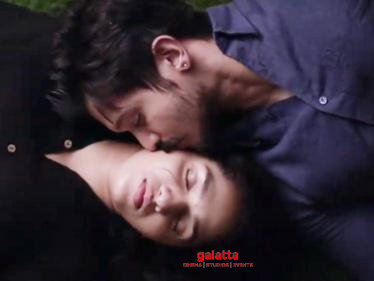 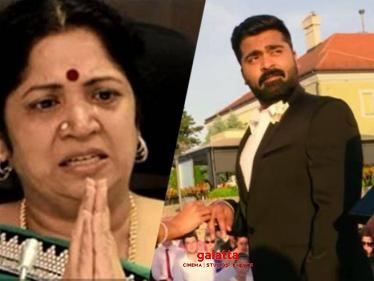 ''We want a girl who suits Simbu's horoscope''- STR's mother