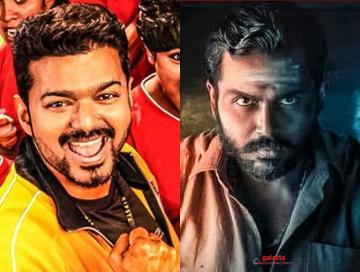 A film that has been talked about fanatically among fans ever since its inception, Vijay’s upcoming Thalapathy 64 under director Lokesh Kanagaraj of Maanagaram fame recently kicked off production after the cast also featuring names like ‘Makkal Selvan’ Vijay Sethupathi, Shanthanu Bhagyaraj, Malavika Mohanan and Malayalam sensation, Antony Varghese, was announced by production banner, XB Film Creators. With Vijay’s highly anticipated, Bigil, and Lokesh Kanagaraj’s much-awaited, Kaithi, starring Karthi hitting theatres as a Diwali release on October 25, there is massive excitement surrounding both films considering the director of Thalapathy 64 and the main lead in it are bringing their ventures on the same date. As there is already great enthusiasm for both films among fans and those in the trade, director Rathna Kumar of Meyaadha Maan and Aadai fame has released a statement on Twitter informing fans his choice between Bigil and Kaithi for first day first show. In his tweet, Rathna Kumar, who is also serving as an additional screenwriter on Thalapathy 64, declared that he will be watching Bigil first day first show as he had done so by going for Mersal when it came out with his own directorial debut, Meyaadha Maan, in 2017. Check out his statement below: 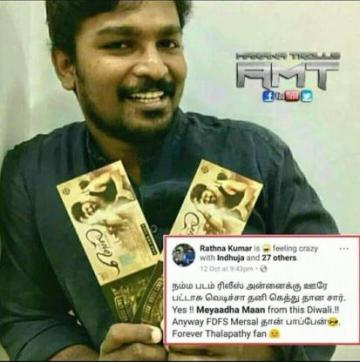 Director Rathna Kumar has been an outspoken Vijay fan and and is expected to lend in his own additional inputs to elevate ths superstar's mass image in Thalapathy 64, which has been announced to be a summer 2020 release. Fans too are elated at his inclusion in the upcoming Vijay and Vijay Sethupathi action film considering he has established himself to be a credible writer with his Meyaadha Maan and Aadai, which released a few months back. 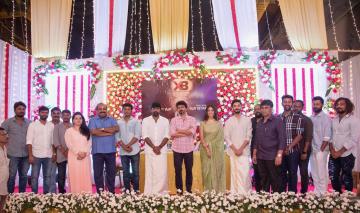 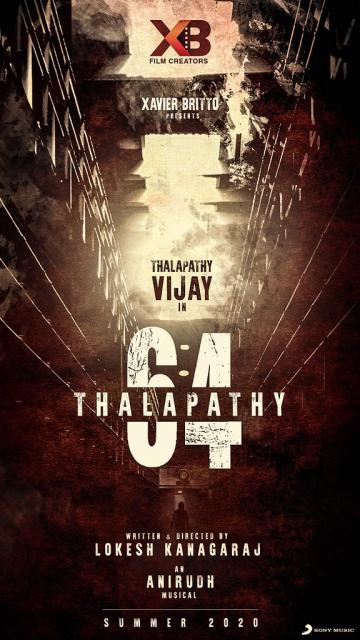 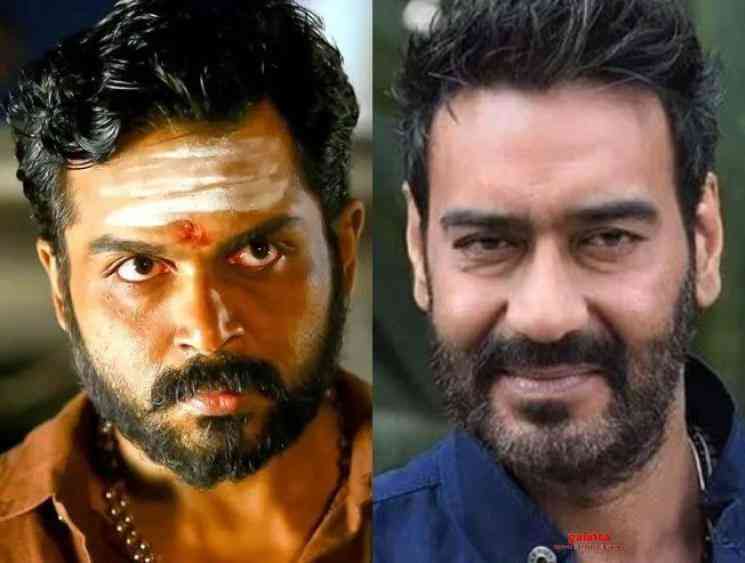