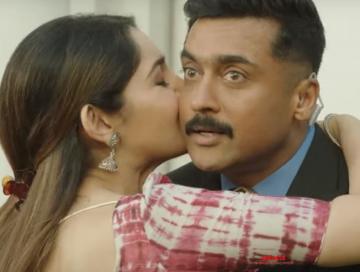 Released less than two weeks back, Suriya’s Kaappaan, announced in early 2018, has been one of the most exciting films to come out in theatres this year. An action thriller, Kaappaan raised a lot of curiosity among which included a huge production and top stars from South India and, composer Harris Jayaraj’s smash hit songs. That said, the makers have been actively promoting Kaappaan since its release and have now dropped the second deleted scene from the film, which is split into two segments with the first focused on Samuthirakani and Shamna Kasim urging Suriya to settle down in his life while the next lays emphasis on Arya and Sayyeshaa.

The second Kaappaan deleted scene titled ‘Love Game’ shows a lot more footage than what was released yesterday, which was unveiled under the title, ‘Rage’. Apart from the deleted scenes out now, the hit ‘Siriki’ video song also dropped online last week and has received a solid response from fans. Kaappaan includes a multi-star cast with names like Sayyeshaa as the female lead followed by Mohanlal, Arya, Samuthirakani, Shamna Kasim in supporting roles and, Boman Irani and Chirag Jani playing the antagonists. The film is also the third occasion Suriya, KV Anand and Harris Jayaraj have joined hands after their previous ventures, Ayan and Maattrraan. 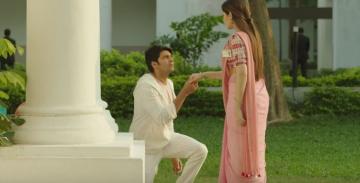 Check out the second Kaappaan deleted scenes video below: