"I will ask 'Thala' to save me": popular producer issues statement 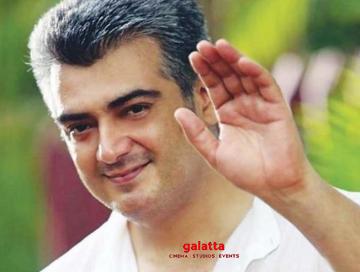 Actor Ganesh Janardhanan, known to fans as VTV Ganesh, went on to become a popular name across Tamil Nadu after starring in the 2010 blockbuster, Vinnaithaandi Varuvaaya, starring Simbu and Trisha under Gautham Menon’s direction. Prior to his appearance on VTV, Ganesh had starring roles in actor Ajith’s Red, followed by GVM’s Vettaiyaadu Vilaiyaadu, Pachaikili Muthucharam and Vaaranam Aayiram. Ganesh, who has also produced Santhanam’s films namely Inga Enna Solludhu and Sakka Podu Podu Raja, under his VTV Productions banner, will next be seen in Sundar. C’s upcoming horror film, Iruttu, under VZ Durai’s direction from December 6. With promotions for Iruttu underway, the actor turned producer sat down for an interview with Galatta in which he had spoken about the film while also revealing during a fun rapid fire question segment that he would like ‘Thala’ Ajith to save him in case he gets stranded on an island. Explaining his reason, Ganesh states, "I want 'Thala' to save me if I get trapped in such a situation. I say this because he is the only one who can come down on a chopper and rescue me,". It is said that Ajith is a certified trained pilot and also capable of flying a fighter jet.

Last seen in Simbu’s Vantha Rajavathaan Varuven earlier this year, VTV Ganesh will be playing a major supporting role in Iruttu alongside director Sundar. C, who is the hero. Produced by Screen Scene Media Entertainment Pvt. Ltd, the film also has Sai Dhanshika and Sakshi Chowdary playing the heroines with music by Girishh, cinematography by E. Krishnasamy and editing by R. Sudharsan.