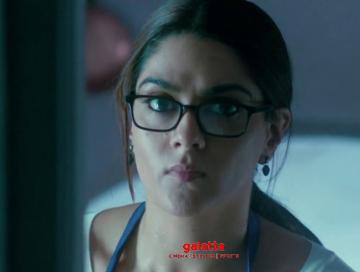 One of the most successful directors in Tamil cinema, Sundar. C has carved a niche for himself for being a dependable money-spinner with his films over the years. Having delivered several commercial blockbusters while also working alongside notable top stars, he then went on to take up acting as a full-time gig in 2006 and made his debut in Thalai Nagaram, which became a box office hit. That said, the director turned actor took a break from acting and returned to directing, but is now once again back on the big screen after a gap of three years in the recently-released, Iruttu, which came out in theatres last week on December 6. Sundar. C has been paired opposite Sakshi Chaudhary with a new sneak peek scene now released featured on her and a scary scenario in the film. The sneak peek centered primarily on Sakshi Chaudhary as Sundar. C’s wife sees her going to the source of a sound that comes in their house after which witnesses a flock of crows looking to attack her.

A horror venture, Iruttu has been directed by Mugavaree and Thotti Jaya fame VZ Durai and also includes actress Sai Dhanshika, VTV Ganesh, Yogi Babu among others in major supporting roles. Being produced by Screen Scene Media Entertainment Pvt. Ltd, the music for Iruttu has been composed by Girishh while cinematography has been carried out by E. Krishnasamy and R. Sudharsan taking care of the editing.