Massive: Sun TV bags the TV rights of this Tamil biggie! Next after Thalapathy 64 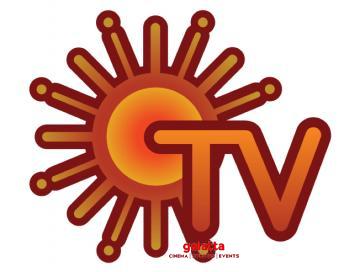 When it comes to television channels, Sun TV is the market leader and there is no denying that fact. Of late, the esteemed television channel has been acquiring the satellite rights of some Tamil biggies that have good expectations. The telecast rights of Vijay's Thalapathy 64 was bagged by Sun TV recently for a whopping price and it was highly talked about during the announcement. The industry was surprised to see the satellite rights of a film being sold even before the completion of shooting. 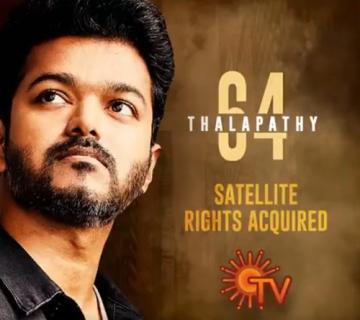 Following Thalapathy 64, Sun TV has now acquired the TV telecast rights of yet another film that is yet to be completely filmed. Makkal Selvan Vijay Sethupathi's Tughlaq Durbar is that film which has gone into the hands of Sun TV for the telecast. This political satire film is directed by newcomer Delhi Prasad Deenadayalan who worked as an associate in Balaji Tharaneetharan's Naduvula Konjam Pakkatha Kaanom. Kaatru Veliyidai fame Aditi Rao Hydari will be seen as the female lead, while Parthiban and Manjima Mohan will play pivotal characters.

The team is waiting for Vijay Sethupathi to complete his other commitments and once he is free, the shooting of Tughlaq Durbar will begin. Industry rumours are that Vijay Sethupathi has allocated the dates given for Tughlaq Durbar to Thalapathy 64 (Vijay starrer directed by Lokesh Kanagaraj) since the former's producer, Lalit Kumar, is the line producer of the latter. Tughlaq Durbar has music by Govind Vasantha and is produced under the banner of Seven Screen Studios, in association with Viacom 18 Motion Pictures. Check Sun TV's announcement about Tughlaq Durbar below: