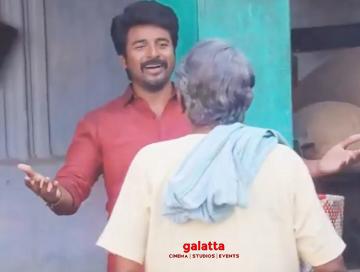 Sivakarthikeyan's Namma Veettu Pillai emerged as a successful venture at the box office, thanks to the extensive support from the family audiences. The film worked well among the masses for its neatly handled emotions and convincing performances. Produced by Sun Pictures and directed by Pandiraj, the film also featured Aishwarya Rajesh and Anu Emmanuel as the other leads. The makers have now released a new fun video which is sure to keep the viewers in smile. This video consists of the blooper moments that happened during the filming of Namma Veettu Pillai.

For people who follow SK since his television days, will know the power of his counters, and you can see a tinge of that in this bloopers video. The fans have expressed their interest in wanting to see more of the bloopers and we will have to see if Sun Pictures will answer to it. Veteran director Bharathiraja, Natty aka Natraj, and Soori were seen in pivotal characters in this rural drama, which had music by D Imman. The film had cinematography by Nirav Shah and editing by Ruben. Check out the newly released video below: