Venkat Prabhu's latest tweet on Simbu - check it out! 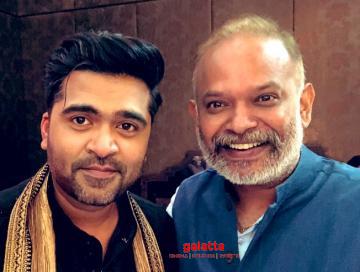 With Maanaadu going through a few production troubles, it was revealed a while back that the film billed to be a political entertainer is once again back on track. Now, Venkat Prabhu has taken to his Twitter page to drop a surprise poster of actress Hansika Motwani's next film, Maha, in which STR will be seen in an extended cameo playing the role of a pilot. Check out the tweet below and the new poster featuring Simbu and Hansika together:

Maha is Hansika's landmark 50th film in her successful career while the thriller is also composer Ghibran's 25th venture and has been produced under the Etcetera Entertainment. The film also includes Srikanth as the male lead followed by Thambi Ramaiah, Karunakaran, Nassar among others in vital supporting roles. It must be noted that the Simbu-Hansika pairing went on to become a fan favorite after the two appeared in the 2015 romantic action entertainer, Vaalu, with fans wanting to witness them on the big screen once again since then.