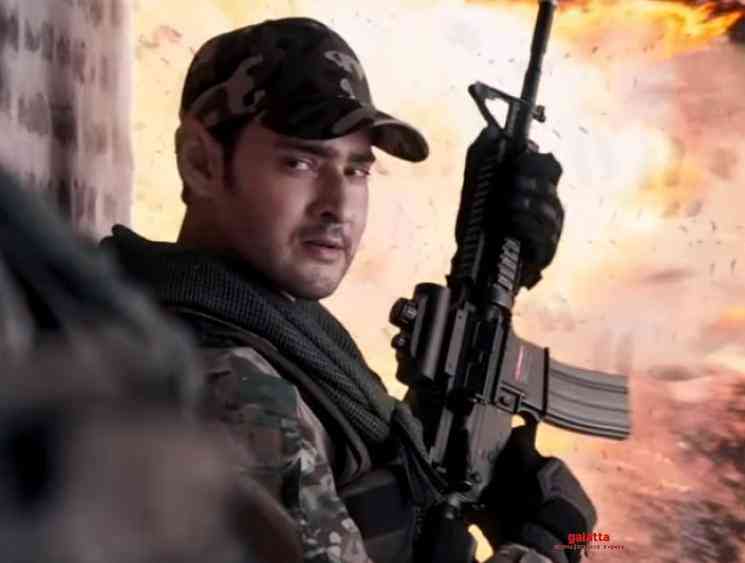 Mahesh Babu’s much awaited mega biggie, Sarileru Neekevvaru will be hitting the screens next year on January 12, 2020 for the festive occasion of Sankranti. This film has got super high expectations from the fans and the buzz on social media for this film is on a whole new high. Directed by Anil Ravipudi of F2: Fun and Frustration fame, Sarileru Neekevvaru has music by Devi Sri Prasad and cinematography by Rathinavelu. Rashmika Mandanna plays the female lead in this action entertainer that also features big names like Vijayashanti, Prakash Raj, Rajendra Prasad, Sangeetha, and others.

The makers have already released three songs from the film and it is now time to listen to the next song! Yes, the team of Sarileru Neekevvaru have released the next single and this is the ‘Sarileru Neekevvaru’ anthem. This theme song is crooned by ace singer Shankar Mahadevan and his rendition elevates the overall feel of the song. The song has been well orchestrated and the musical arrangement is very neat.

The song is sure to connect with the masses and along with the visuals, the impact is going to get bigger and better. Devi Sri Prasad gets most things right with this pulsating theme song that is also penned by him. The song has been released on the official YouTube channel of Lahari Music who owns the film’s audio rights. For now, check out the newly released ‘Sarileru Neekevvaru Anthem’ song from the Mahesh Babu starrer here: