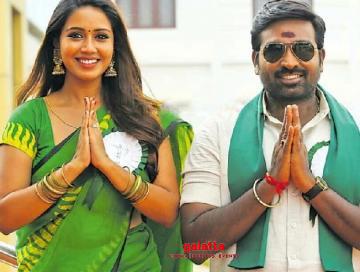 Makkal Selvan Vijay Sethupathi's Sangathamizhan, which was initially scheduled to release for Diwali 2019 will now be hitting the screens on November 15. Directed by Vijay Chandar of Vaalu and Sketch fame, this film features Raashi Khanna and Nivetha Pethuraj as the female leads. For the first time, Vijay Sethupathi will be seen in dual roles through this film that bankrolled by Vijaya Productions. We have now got a latest official update that looks quite interesting and catchy. The Telugu dubbed version of the film has been titled as 'Vijay Sethupathi', which actually happens to be the lead hero's name as well.

Yes, the Telugu version of Sangathamizhan will be called as Vijay Sethupathi. This is an interestingly coined title and it has got the attention of the movie buffs. The distribution rights of Vijay Sethupathi has been bagged by Ravuri V Srinivas for his banner, Harshitha Movies. Vijay Sethupathi will hit the screens on the same day (Nov 15) of Sangathamizhan's release. The music for this film is composed by Vivek - Mervin, while the cinematography is handled by Velraj.

Apart from this film, Makkal Selvan has films like Laabam, Yaadhum Oore Yaavarum Kelir, Ka Pae Ranasingam, Maamanithan, Thalapathy 64, which are in different stages of production. 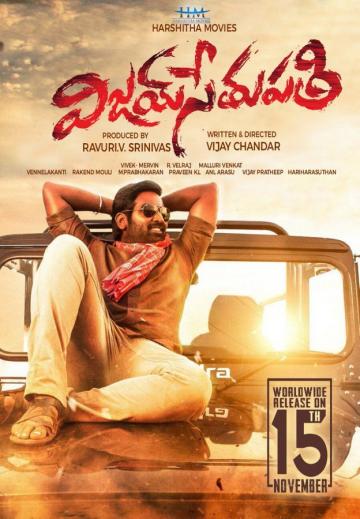