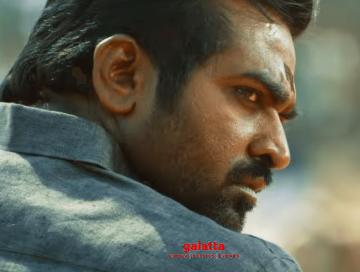 A film that has had fans hooked with anticipation for a while now is ‘Makkal Selvan’ Vijay Sethupathi’s Sanga Thamizhan under Vaalu and Sketch fame Vijay Chander’s direction. Announced initially to hit screens as a Diwali release, reputed production and distribution house, Libra Productions had later issued a statement saying the action drama would be coming out in theatres tomorrow (November 15). That said, there has been quite a lot of confusion over the past few days regarding the film’s worldwide theatrical release with Libra Productions now issuing yet another fresh statement denying all release postponement rumors. Check out their tweet below:

Don't belive in this rumour , its absolutely fake , #SangaTamizhan is coming with no trouble#SangatamizhanFromTomorrow pic.twitter.com/W2gKri3ZbY

Sanga Thamizhan has plenty of excitement as it will see Vijay Sethupathi in dual roles for the first time in his career alongside Raashi Khanna and Nivetha Pethuraj as the female leads. Produced by the esteemed Vijaya Productions banner and Sun Pictures acquiring the broadcasting rights, Sanga Thamizhan will incidentally also see Vijay Sethupathi’s daughter, Shreeja, making her acting debut following the superstar’s son, Surya Sethupathi, appeared in Naanum Rowdydhaan and Sindhubaadh. The film’s songs composed by the Vivek-Mervin duo have gone on to become a rage and fans expect the film to be an out-and-out commercial entertainer with action, drama, sentiment and Vijay Sethupathi being given company by Soori in the comedy department.