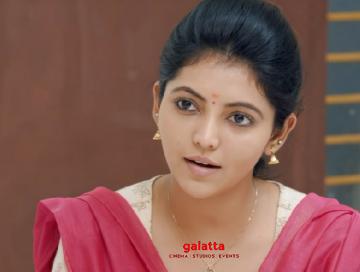 Samuthirakani's Adutha Saattai, which is the sequel to 2012 released film, Saattai, hit the screens last Friday (November 29) and it opened to mixed reviews from the critics. The film is directed by Anbazhagan and produced by Dr Prabhu Thilak and Samuthirakani's Naadodigal. The film's star cast includes Samuthirakani, Athulya Ravi, Yuvan, Thambi Ramaiah, Rajashri Ponnappa, and others. The makers have now released a new scene from the film as a sneak peek and this scene has the potential to reach the masses for the content it holds.

This scene explains the problems faced by college students and their inability to pay a huge amount as the fees. This scene also takes a dig at the carelessly conducted entrance examinations that pressurise the students. We see the students sharing their problems to Samuthirakani who is one of their professors in college. Adutha Saattai has music by Justin Prabhakaran, cinematography by Rasamathi and editing by Nirmal.

The film is produced by Samuthirakani's Naadodigal in association with 11:11 Productions. This new sneak peek has got a mixed reception from the fans and that is seen through the comments below the video. Those who haven't checked the video yet, here it is (below the images):