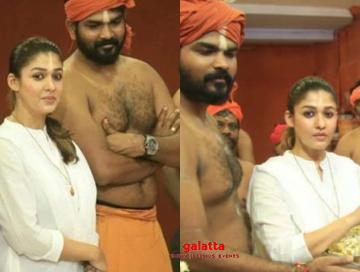 Nayanthara who was last seen in Thalapathy Vijay’s Bigil, recently joined the sets of her next film, Mookuthi Amman, also starring and directed by RJ Balaji, along with debutant NJ Saravanan. This spiritual comedy entertainer is produced by Vels Film International and is expected to be released in Summer 2020. It looks like the actress has decided to go on a pilgrimage spree along with director Vignesh Shivn as the duo have constantly been spotted together at various temples in the past few weeks. 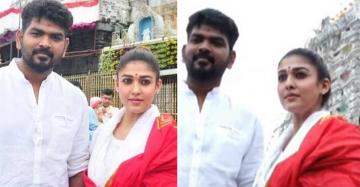 During the break of Mookuthi Amman’s shooting, Nayanthara has visited the Ayya Vazhi Swamithope temple near Nagercoil. The pictures from her visit has been doing the rounds on social media and is going viral among the fans. Director Vignesh Shivn was seen not wearing a shirt in accordance to the Hindu customs while visiting the temple with actress Nayanthara. 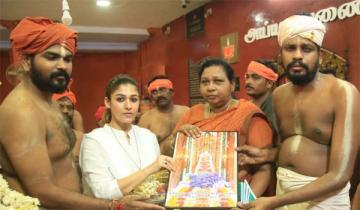 On the work front, apart from Mookuthi Amman, Nayanthara also has Netrikann, an intense crime thriller, directed by Milind Rau of Aval fame. Nayanthara’s next release would be Superstar Rajinikanth’s Darbar which is scheduled to hit the screens on January 9, 2020 for the festive occasion of Pongal. 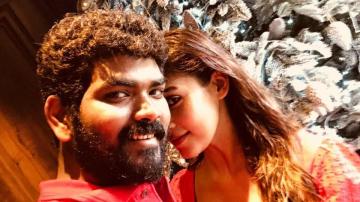