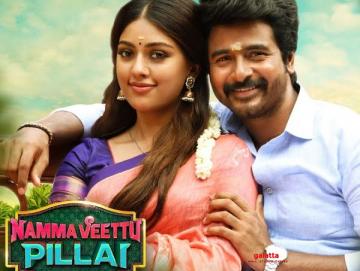 Sivakarthikeyan's much-awaited rural drama entertainer Namma Veetu Pillai released on September 27th and the film has opened to positive reviews from fans and the critics as well.  Namma Veetu Pillai directed by Pandiraj is bankrolled by Sun Pictures and the movie has a huge star cast that involves Anu Immanuel, Aishwarya Rajesh, Samuthirakani, Yogi Babu, Soori, Bharathiraaja and Rk Suresh among the others. The film has D Imman's music, Nirav Shah's cinematography and Ruben's cuts.

With the film doing a phenomenal job at the theatres, Sun Pictures has released the full video of the song Mailaanju from the film. The romantic track Mailaanji from Namma Veettu Pillai is one of the hit numbers in the album and the video features Sivakarthikeyan and Anu Emmanuel. Mailaanji is sung by Pradeep Kumar and Shreya Goshal with the lyrics is penned by Yugabharati. Check out the full video song below,