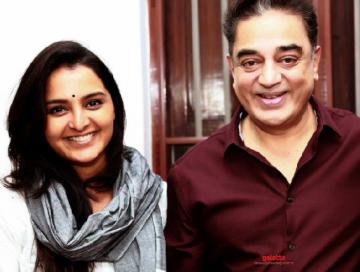 Dhanush's Asuran is doing some great business at the box office and the film is having a successful run so far. Keeping the box office success aside, Asuran is being raved by the critics and the general audience for the outstanding performances of Dhanush, Manju Warrier and Ken Karunas and the gritty filmmaking of director Vetri Maaran. The film has now caught the attention of none other than Ulaganayagan Kamal Haasan. Yes, the Makkal Needhi Maiam Chief saw the film in a private screening and was highly impressed.

He was all praise for director Vetri Maaran, Dhanush, and the entire team of Asuran for giving an important film to the society. He also invited Manju Warrier over to his office at Alwarpet where appreciated her with words of positivity and encouragement. The pictures from the meeting have been doing the rounds on social media. Shruti Haasan was also spotted alongside Kamal and Manju Warrier in this meeting.

It is reported that Kamal talked over a phone call to Vetri Maaran and Dhanush sharing his opinion about the film. The team of Asuran must definitely be glad and happy about this.